Rasa - Special Assistant to Iran's Foreign Minister in Political Affairs Hossein Jaberi Ansari and the head of the International Committee of the Red Cross discussed humanitarian situation in Syria and Yemen. 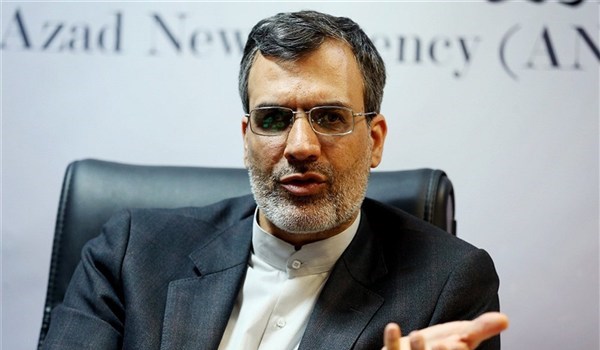 RNA - In the Sunday meeting between Jaberi Ansari and Peter Maurer in Tehran at Foreign Ministry headquarters, the two sides conferred on the latest developments in Syria and Yemen.

The two officials discussed the latest status of Syria, Astana peace talks, the humanitarian situation in Idlib, and the return of Syrian refugees to their homeland.

They also conferred on the developments in Yemen, and the latest efforts to solve the crisis and facilitate the process of providing humanitarian aid to Yemeni people.

Providing humanitarian aid to the war-stricken people in Yemen and Syria has always been among the priorities of the Islamic Republic of Iran during recent years and the country has used all available capacities in this regard.

Tags: Jaberi Ansari Iran Yemen Saudi
Short Link rasanews.ir/201qlf
Share
0
Please type in your comments in English.
The comments that contain insults or libel to individuals, ethnicities, or contradictions with the laws of the country and religious teachings will not be disclosed