Rasa - Advisor to the Iranian Parliament Speaker Hossein Amir Abdollahian blasted Washington for continuing its support for the Riyadh regime to kill more Yemeni civilians, and said that the crisis in Yemen cannot come to an end through military solutions. 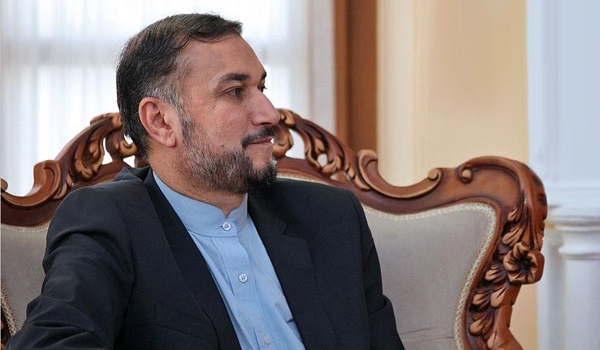 RNA - "Saudi military strike against Yemen, sponsored with US’ logistics support, must be stopped since the Yemeni crisis does not have a military solution," Amir Abdollahian said in a meeting with International Committee for Red Cross (ICRC) Regional Director for Near and Middle East Fabrizio Carboni.

He, meantime, lauded the ICRC for its positive efforts during Astana talks, and said, "The committee is in a position that can make greater efforts to bring peace and help reduce human suffering in conflict-affected countries such as Syria and Yemen."

Amir Abdollahian pointed to his previous meetings with President of the International Committee of the Red Cross Peter Maurer, and said, "He had some very good ideas and the time for many of those troubleshooting ideas has already come to be implemented in Syria, and they can take on a more fundamental aspect."

"The Yemeni people are in a state of emergency, and unfortunately, Saudi Arabia's intervention on the country's domestic affairs has made the situation so critical that even the ICRC has been unable to provide aid for the Yemeni people," he added.

According to Fars News Agancy, the Saudi-led coalition has been striking Yemen since March 2015 to restore power to fugitive president Mansour Hadi, a close ally of Riyadh. The Saudi-led aggression has so far killed at least 17,500 Yemenis, including hundreds of women and children.

Tags: Abdollahian Saudi
Short Link rasanews.ir/201qla
Share
0
Please type in your comments in English.
The comments that contain insults or libel to individuals, ethnicities, or contradictions with the laws of the country and religious teachings will not be disclosed