Rasa - A Belgian official’s remarks that Israel steals the organs of Palestinian children, whom it kills, have made headlines again after the news website which published them decided to stick to the story. 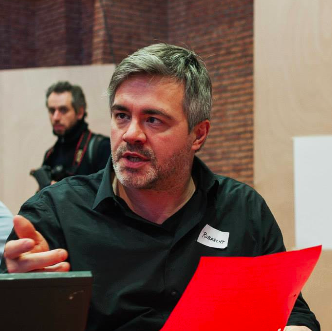 RNA - Robrecht Vanderbeeken, the cultural secretary of Belgium’s ACOD trade union and a philosophy of science scholar, had made the comments back in August in a column published by Belgian website De Wereld Morgen.

The population of the Gaza Strip is being “starved to death, poisoned, and children are kidnapped and murdered for their organs,” he wrote then.

The website recently received a complaint by Belgian watchdog, the Interfederal Center for Equal Opportunities, over the story.

De Wereld Morgen, however, stuck to the assertion that Israel “kidnapped” and “murdered” Palestinian children and used organs belonging to the Palestinians its forces killed.

In a letter to the UN secretary general, Riyad Mansour said the bodies of Palestinians killed by Israeli security forces “were returned with missing corneas and other organs, further confirming past reports about organ harvesting by the occupying power.”

According to Press TV, the New York Times also said in an August 2014 report that transplant brokers in Israel had pocketed enormous sums of money. Based on the newspaper's analysis of major organ trafficking cases since 2000, Israelis had played a “disproportionate role” in organ trafficking.

The issue of organ theft by Israel was first brought to the fore in a report published by Sweden’s most highly-circulated daily Aftonbladet in 2009.

Back in 2000, Dr. Yehuda Hiss, the former head of Israel's forensic institute, divulged that Israeli pathologists at the institute would harvest skin, corneas, heart valves, and bones from the bodies of Palestinians and others often without permission from relatives.

The interview was, however, released no later than 2009 by Nancy Scheper-Hughes, a professor of anthropology at the University of California-Berkeley, who had conducted it as part of her investigation into the institute, in response to a row created between Israel and Sweden over Aftonbladet’s report.

Tags: Palestinian Israel
Short Link rasanews.ir/201qlS
Share
0
Please type in your comments in English.
The comments that contain insults or libel to individuals, ethnicities, or contradictions with the laws of the country and religious teachings will not be disclosed