Iran rejects US 'unknown delusion' of foreign interference in elections

Rasa - Iran has dismissed the "false and baseless" claim made by the United States about Tehran's efforts to undermine US elections, including next month’s midterms, saying such allegations are rooted in an "unknown delusion." 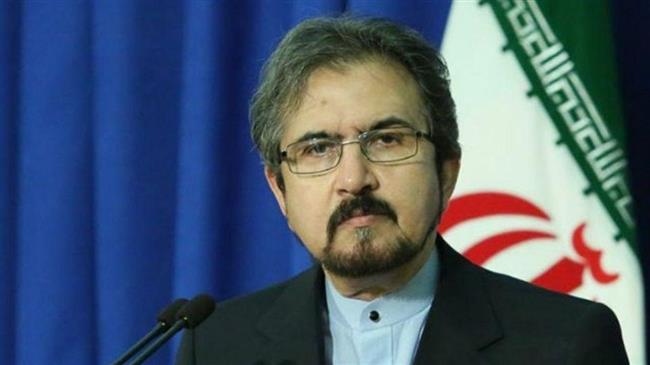 RNA - "The principled policy of the Islamic Republic of Iran is based on non-interference in the domestic affairs of other countries," Iranian Foreign Ministry Spokesman Bahram Qassemi said on Saturday.

US intelligence and law enforcement agencies on Friday claimed that foreign governments continued to try to influence US elections, including the upcoming midterm congressional vote in November.

“We are concerned about ongoing campaigns by Russia, China and other foreign actors, including Iran, to undermine confidence in democratic institutions and influence public sentiment and government policies," the Office of the Director of National Intelligence, Justice Department, FBI and Department of Homeland Security said in a joint statement.

According to Press TV, the Iranian Foreign Ministry spokesperson said bids by American officials to accuse Iran of seeking to meddle in and influence the US congressional elections are basically false, stressing such allegations are politically-motivated.

Qassemi added that the White House tries to level accusations against other countries with "specific domestic political purposes and everyday adds the name of a country to its delusional list in this regard."

The allegation comes as US government agencies have said they have no evidence of a compromise or disruption of election equipment yet.

Tags: US Iran
Short Link rasanews.ir/201qlM
Share
0
Please type in your comments in English.
The comments that contain insults or libel to individuals, ethnicities, or contradictions with the laws of the country and religious teachings will not be disclosed