Rasa - US President Donald Trump's slow response to Saudi journalist Jamal Khashoggi's murder is in line with his views of a journalist's body slamming, according to Myles Hoenig, an American political analyst and activist. 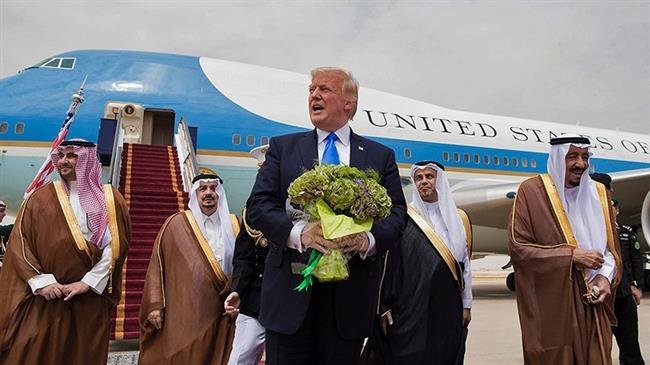 RNA - Hoenig, a former Green Party candidate for Congress, made the remarks in an interview after Trump hailed a Republican Congressman for assaulting a journalist last year, referring to him as "my guy.”

At a rally in Missoula on Thursday night, Trump praised Montana congressman Greg Gianforte, who assaulted a reporter for British daily The Guardian, Ben Jacobs, back in 2017 during his elections campaign.

Meanwhile, Trump said Friday that he believes Saudi Arabia's explanation for the death of Khashoggi and called the arrest of 18 Saudis "a good first step."

The Saudi government announced on Friday that Khashoggi died after a fistfight at the Saudi consulate in Istanbul.

Khashoggi, who was also a US green card holder, entered the Saudi mission on October 2 in order to obtain the necessary paperwork for marrying his fiancée. That was the last time he was seen.

According to The Washington Post, to which Khashoggi was a contributor, US intelligence intercepts already prove that he was killed and dismembered by Saudi agents in a hit job directly ordered by Saudi Crown Prince Mohammed bin Salman.

Hoenig said that a “lot of people are looking at Trump’s response to the Khashoggi murder as a way of protecting the ‘alliance’ between the two countries, especially with regards to Iran, protecting potential arms sales, and protecting his own private financial interests, as any real blow up could jeopardize his business dealings with the KSA. They have for many years pulled his chestnuts out of the fires when his failed business enterprises could find no backers to front him money to help pay off his debts. Some are even talking about his level of amorality, measuring a person life against the sales of products intended to murder others.”

“What is basic to how Trump operates is his view of the press itself as an institution and having a keen understanding of how many Americans also think of it. To him, the press’s only virtue and purpose is to serve the Donald, to speak glowingly of him, and promote him in iconic fashion. Ironically, the Clinton strategy during the ’16 campaign was exactly that, and it backfired tremendously and even comically. With his denigration of the media non-stop about it being fake news, he knows how to ingrain into the American psyche his view of the press,” he added.

“It should be no surprise that even the White House Correspondents’ Association has come out strongly and critically to Trump’s praising of Rep. Gianforte’s body slamming of a reporter. Other than just being a simple minded narcissist, by nature he is a thug, probably more comfortable with Mussolini-like Blackshirts than bourgeois journalists who cover the halls of power by day but party with them in the evening. These same journalists are rightly upset and perhaps even terrified at the prospect of their own lives in jeopardy under the Trump administration and his not so quiet campaign of demonizing those who critically report on him,” he added.

“Trump’s praising of the Congressman’s violent assault on a reporter puts all reporters at risk in America, as much as Khashoggi’s murder puts others at risk. If his murder is whitewashed while Rep. Gianforte’s assault continues to be praised, then the field of journalism is walking an unknown path,” the analyst noted.

Tags: US Trump Saudi
Short Link rasanews.ir/201qlK
Share
0
Please type in your comments in English.
The comments that contain insults or libel to individuals, ethnicities, or contradictions with the laws of the country and religious teachings will not be disclosed