Rasa - Iranian Ambassador to Russia Mehdi Sanayee said the world's independent states are coming closer to each other to stand united under US pressures and embargoes. 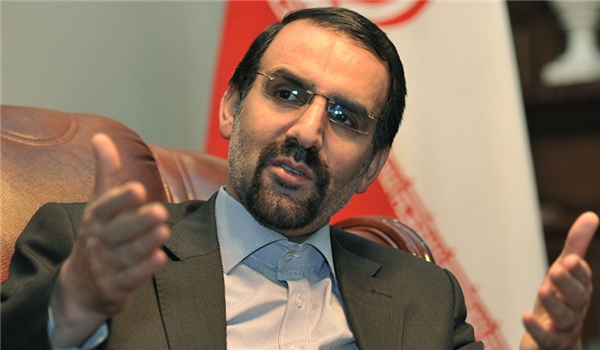 RNA - Sanayee made the remarks on his twitter page on Saturday, referring to the ongoing trilateral talks among Iran, Russia and India in Moscow over campaign against common threats and emphasis on major plans like North-South corridor.

"The wave of the US unilateralism and sanctions will bring independent world states much closer to each other," he wrote.

The Russkiy Mir Foundation held a trilateral meeting among the Islamic Republic of Iran, the Russian Federation and India in Moscow on Friday. The summit will continue on Saturday.

According to Fars News Agancy, rhe trilateral conference is being held with the aim of strengthening and broadening cooperation among the trio.

The expert-level meeting hosts senior experts and authorities of the three countries to exchange their views on the threats facing the world and also the problems ahead of regional cooperation.

Sanayee and Head of the Iranian Foreign Ministry’s Political and International Research Institute Seyed Kazzem Sajjadpour are attending the meeting.

Tags: Iran Russia
Short Link rasanews.ir/201qlJ
Share
0
Please type in your comments in English.
The comments that contain insults or libel to individuals, ethnicities, or contradictions with the laws of the country and religious teachings will not be disclosed