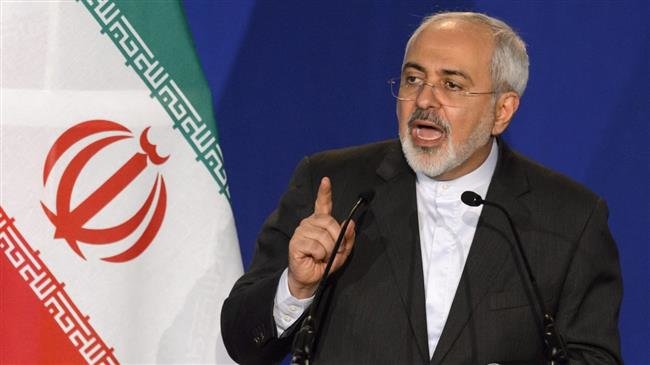 RNA - "US addiction to sanctions is out of control," Zarif wrote in a tweet on Wednesday. "Iranian private bank key to food/medicine import is designated because of alleged EIGHT degrees of separation w/ another arbitrary target. In comparison, all humans on planet are connected by SIX degrees of separation. You do the math."

US addiction to sanctions is out of control. Iranian private bank key to food/medicine import is designated because of alleged EIGHT degrees of separation w/ another arbitrary target. In comparison, all humans on planet are connected by SIX degrees of separation. You do the math.
— Javad Zarif (@JZarif) October 17, 2018

In another tweet, the Iranian foreign minister said the new sanctions violate a recent International Court of Justice (ICJ) ruling and amount to "utter disregard" for the rule of law and human rights of "an entire people."

Latest US sanctions violate 2 ICJ orders: to not impede humanitarian trade & to not aggravate the dispute. Utter disregard for rule of law & human rights of an entire people. US outlaw regime's hostility toward Iranians heightened by addiction to sanctions https://t.co/taMsVnVnYm pic.twitter.com/DC2ixMW44p
— Javad Zarif (@JZarif) October 17, 2018

On Tuesday, the US Treasury announced fresh sanctions on Iranian banks, including Bank Mellat and Mehr Eqtesad Bank.

Also included on the list were Iran Tractor Manufacturing Company, Esfahan’s Mobarakeh Steel Company, and other companies linked to investment, commodities and engineering.

According to Press TV, US President Donald Trump announced in May that he was pulling out of the 2015 Iran nuclear agreement, officially known as the Joint Comprehensive Plan of Action (JCPOA).

The deal, signed between Iran and six world powers -- the US, Britain, France, Russia, China and Germany -- lifted nuclear-related sanctions against Tehran in exchange for restrictions on its peaceful nuclear program.

Following Trump's decision to stop implementing the deal, Washington reinstated sanctions removed under the agreement while imposing new ones against the Islamic Republic.

A first round of American sanctions took effect in August, targeting Iran's access to the US dollar, metals trading, coal, industrial software, and auto sector. A second round, forthcoming on November 4, will be targeting Iran's energy sector and financial transactions.

Unaffected by the US pressure, however, other signatories of the deal say they would not stop doing business with Iran.

Tags: US Zarif
Short Link rasanews.ir/201qko
Share
0
Please type in your comments in English.
The comments that contain insults or libel to individuals, ethnicities, or contradictions with the laws of the country and religious teachings will not be disclosed