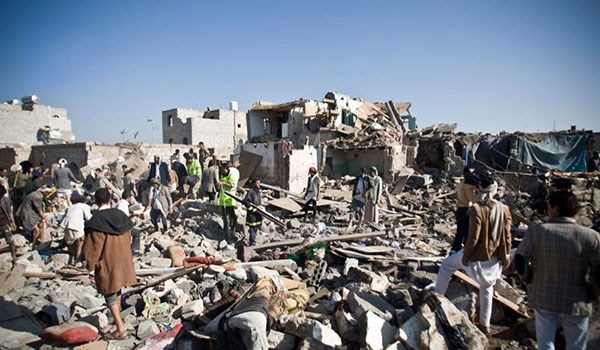 RNA - The two diplomats met on Tuesday in Omani capital city of Muscat where Jaberi Ansari arrived in at the head of a diplomatic delegation on Monday night, with an aim to hold consultations with Omani officials on regional issues.

Latest regional developments and the current efforts aimed at finding a political solution to the Yemeni crisis were atop the agenda of talks between Jaberi Ansari and Yusuf bin Alawi.

The Iranian official is scheduled to hold separate meetings in Muscat with representatives of a number of Yemeni groups, and exchange views on diplomatic efforts aimed at putting an end to the imposed war against Yemeni people.

Prior to this, Jaberi Ansari had held talks with Sweden's special envoy for Yemen and Libya affairs Peter Semneby on Sunday, during which the two sides talked about Iran-Sweden cooperation in order to help put an end to the Saudi-led Yemen war that has killed thousands of Yemeni civilians and dislocated millions more since 2015.

Yemen is the world’s largest humanitarian crisis with more than 22 million people in need and is seeing a spike in needs, fueled by ongoing conflict, a collapsing economy and diminished social services and livelihoods.

Tags: Iran Yemen Saudi
Short Link rasanews.ir/201qke
Share
0
Please type in your comments in English.
The comments that contain insults or libel to individuals, ethnicities, or contradictions with the laws of the country and religious teachings will not be disclosed