Rasa - A gun battle has reportedly erupted between Indian troops and suspected militants in the disputed Himalayan region of Kashmir, killing at least four people. 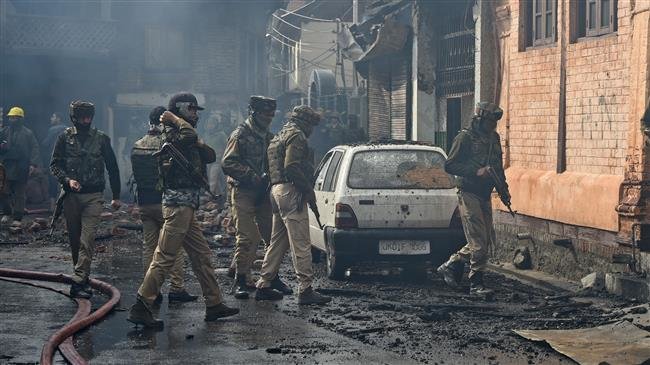 RNA - The gunfight broke out in streets near a 14th-century Muslim shrine, named Khanqah-e-Moula, in Srinagar’s Old City on Wednesday, a police statement said, adding that three militants and a police officer were killed.

Police said Indian government forces cordoned off the area close to the shrine after they received information about alleged armed militants hiding in a house.

According to witnesses, the gunfire broke out after Indian soldiers knocked at the door of a house and took away a young man.

“We don’t know where he is and now we hear (police) say he was a militant,” said the young man’s brother.

Troops also burned down the house.

The news of the deaths sparked anti-Indian protests in the city, where police used tear gas to disperse demonstrators.

Kashmir has been divided between India and Pakistan since their partition and independence from Britain in 1947. The disputed region is claimed in full by both sides, which have fought three wars over it.

Despite a ceasefire agreement that was reached between India and Pakistan in November 2003, sporadic skirmishes continue in Kashmir.

Armed battles between Indian forces and militants over the years have killed nearly 70,000 people, mostly civilians.

Tags: Kashmir India
Short Link rasanews.ir/201qkW
Share
0
Please type in your comments in English.
The comments that contain insults or libel to individuals, ethnicities, or contradictions with the laws of the country and religious teachings will not be disclosed