Rasa - Desperate to dispel further international backlash and outrage, the Saudi regime is reportedly preparing to admit that journalist Jamal Khashoggi died during interrogation at its consulate in Istanbul, Turkey. 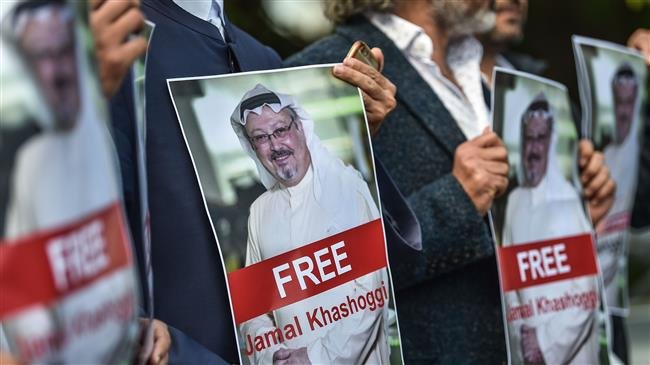 RNA - The world community, of course, will not buy such lies about Khashoggi’s disappearance and death. As long suspected and reported by Turkish police, he was killed inside the Saudi consulate in Istanbul earlier this month and the autocratic regime should be held to account for this brutality.

Exact details of what the Saudis are willing to admit aren’t finalized, but they plan to abandon the previous claim that Khashoggi’s visit was uneventful, and that he left safely. Instead, they will say he was captured and interrogated within the consulate, and that the interrogation “went wrong” and he died in the process.

Exactly what sort of enhanced interrogation techniques were involved in killing the journalist are uncertain, but Saudi officials say the report will conclude that the killing was done without prior clearance, as a way to shift responsibility for the death away from Saudi leadership and toward the interrogators.

Either way, this seems to still be a huge problem for the Saudi regime and its human rights record, as they still killed and dismembered the journalist during what was supposed to be a routine visit to a consulate, and on top of that spent weeks lying about it to the world, even to their American allies.

This is likely to be the case as to why US Secretary of State Mike Pompeo is visiting Saudi Arabia. His boss President Trump has been downplaying the entire affair too, even suggesting that “rogue killers” are to blame. So even if the Saudis admit to killing the journalist, Trump won’t take any action that would threaten massive US arms sales to the Saudis. He says the US would be “punishing itself” by losing the sales!

On the other hand, Saudi officials have issued a statement threatening “greater action” against the US and other Western nations for any actions taken related to Khashoggi’s disappearance and murder. They threaten to implement measures against the US economy that would result in oil prices skyrocketing. They also threaten that “if Washington imposes sanctions on Riyadh, it will stab its own economy to death,” – and this will mean an end to US-Saudi intelligence sharing, and a Saudi-Russian alliance!!! Seriously?!

On balance, Pompeo is not in Riyadh to threaten traditional US-Saudi ties and business relationships, including the $110 billion in arms deal. Soon he will simply say there aren’t enough facts to justify any action, and will sweep Khashoggi’s murder case under the rug. Besides, the Saudis have agreed to compensate the Trump administration in the form of lucrative deals for politically well-connected US companies and transferring full control of their energy production to the US president.

That still doesn’t change the fact that this was in no way a routine investigation that “went wrong” and that the “rogue killers” Trump is talking about were in fact agents sent by the mobster regime to murder and dismember Khashoggi in cold blood. In an attempt not to leave any tracks behind, the regime even sent a cleaning crew fully equipped with boxes of chemicals, mops, and trash bags to the scene of the crime right before the brutal ‘interrogation’ began.

According to Fars News Agancy, minutes after Saudi authorities said Turkish investigators could enter the consulate to carry out an “inspection,” the well-prepared cleaning crew was already in the building and on the scene of the murder to clean up the mess that some 15 Saudi agents had left behind. Bringing in cleaners through the front door before the detectives arrive is not how you preserve the integrity of a crime scene and bolster public confidence in the investigation – a full 13 days after Khashoggi entered to obtain marriage documents and never reemerged.

Whatever happened inside the consulate was in no way ‘interrogation’. The world shouldn’t accept Saudi denials. Turkish officials have told the world that they have video and audio that proves the journalist was deliberately tortured and murdered by a team of Saudis. The world community should smack down the Saudi claims.

In truth, the Saudi regime was unswervingly involved in the disappearance and murder of Khashoggi. It’s all the reason why some European governments and American lawmakers are demanding answers from the Saudis for this classic case of murder. As Riyadh is leaving no stone unturned to strike a deal with Ankara through US mediation, the world public opinion is demanding action against the barbaric attitude of the rulers in Riyadh with a range of punitive actions available and rather necessary, including an immediate halt of arms sales to the brutal regime, imposition of economic sanctions, and total withdrawal of Western support for Riyadh’s brutal war on Yemen.

The world is waiting recklessly.

Tags: Jamal Khashoggi Saudi
Short Link rasanews.ir/201qkN
Share
0
Please type in your comments in English.
The comments that contain insults or libel to individuals, ethnicities, or contradictions with the laws of the country and religious teachings will not be disclosed