Rasa - Turkish and Saudi investigators probing Jamal Khashoggi’s disappearance have ended their search of the kingdom’s consulate in Istanbul, where the Saudi dissident journalist was last seen. 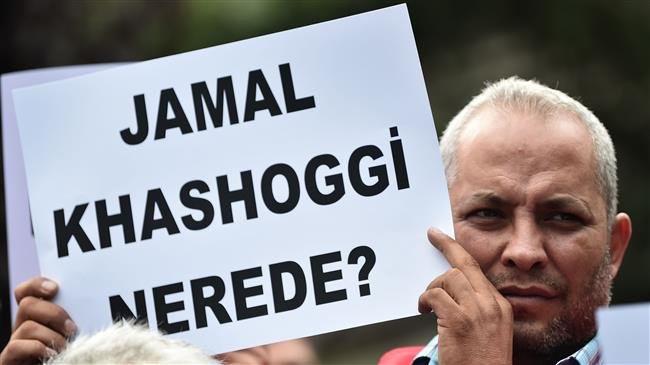 RNA - Reuters said on Tuesday that the Saudi team had left the building, citing a witness. It added that a team of around 10 Turkish police investigators and a prosecutor had also left the facility after a nine-hour search.

Following the probe, a senior Turkish official told Reuters that the investigators had gathered evidence, including soil sample.

“The Turkish crime scene investigators carried out searches in the consulate and took the things deemed necessary,” the unnamed official said.

Earlier, a Turkish diplomatic source had said that a joint Turkish-Saudi team would search the consulate.

Later in the day, the mission will also be searched by Turkish police.

Khashoggi, a US resident, The Washington Post columnist, and a leading critic of Saudi Crown Prince Mohammed bin Salman, entered the consulate on October 2 to obtain documents for his pending marriage, but he never left the mission.

The case has shocked the international community amid reports that the journalist has been murdered in an operation ordered by bin Salman.

Turkish officials have already said they are in possession of video and audio evidence which prove Khashoggi was murdered inside the facility and that his body was subsequently moved out of the building.

As the search of the Saudi consulate was underway, video footage surfaced online, showing people with mops and buckets entering the consulate hours before investigators went inside.

“The footage of cleaners prompted speculations and jokes that they were called in to the consulate to remove any remaining evidence from the crime scene,” Russia Today said.

Cuz the way to preserve the integrity of a possible crime scene and bolster confidence in the investigation is to bring in a bunch of cleaners through the front door before the detectives arrive pic.twitter.com/p9oKfPCArF
— Borzou Daragahi

Tags: Jamal Khashoggi US Trump Saudi
Short Link rasanews.ir/201qkI
Share
0
Please type in your comments in English.
The comments that contain insults or libel to individuals, ethnicities, or contradictions with the laws of the country and religious teachings will not be disclosed