Rasa - Israeli military forces have shot and killed a Palestinian man in the occupied West Bank over allegations that he tried to stab their fellow soldier. 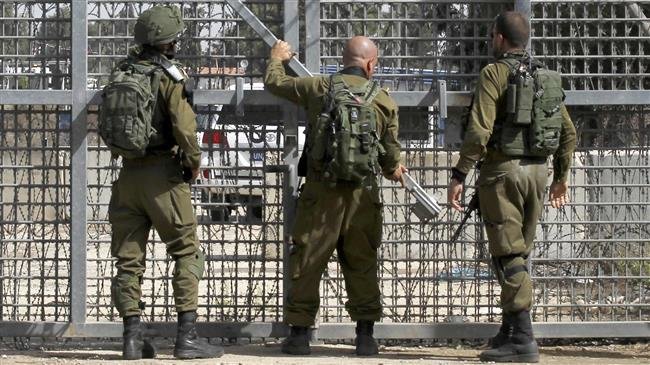 RNA - The regime’s military said in a statement that the fatal shooting took place at a bus stop along a main highway between the settlements of Ariel and Barkan near the northern West Bank city of Salfit, without identifying the victim.

“A Palestinian attempted to stab a soldier at the site,” claimed the statement. “Troops fired at him and he was killed. There were no casualties among our forces.”

Palestinian officials have not yet made any comment on the report.

The Israeli military regularly opens fatal fire on Palestinians, accusing them of seeking to stab its personnel.

Human rights groups have repeatedly slammed the Tel Aviv regime for its shoot-to-kill policy as a large number of the Palestinians killed at the scene of attacks did not pose any serious threat to Israelis.

The latest such incident came amid heightened tensions in the occupied West Bank over the regime’s internationally-criticized plan to demolish the Palestinian Bedouin village of Khan al-Ahmar, which sits east of Jerusalem al-Quds.

Earlier on Monday, Israeli military forces deployed to the village engaged in clashes with the residents protesting the demolition plan.

Several Palestinians were injured in the skirmishes, while a number of others were taken into Israeli custody, according to Palestinian media.

To support the military’s demolition plan, Israeli settlers also unleashed wastewater into Khan al-Ahmar, which the regime claims has been built illegally.

Palestinians, however, say the demolition plan is part of the regime’s forcible displacement policy to make room for its unlawful settlement construction activities on occupied land.

Tags: Palestinian Israel
Short Link rasanews.ir/201qjl
Share
0
Please type in your comments in English.
The comments that contain insults or libel to individuals, ethnicities, or contradictions with the laws of the country and religious teachings will not be disclosed