Isolated US losing its allies, unable to isolate Iran

Rasa - A senior commander of Iran's Islamic Revolution Guards Corps (IRGC) says while Iran is playing a pivotal role in global and regional political developments, the United States is becoming more isolated in its face-off with the Islamic Republic. 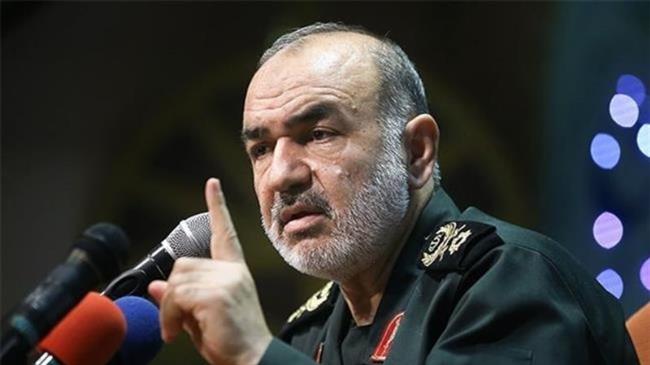 RNA - “At the present time, the United States is isolated and is losing its allies while Iran is the pivot of the political developments in the region and the world and cannot be isolated by any means,” the IRGC’s second-in-command, Brigadier General Hossein Salami, said on Sunday.

He added that world countries are boosting their unity against the US and are refraining from helping Washington in its measures against Tehran.

The senior IRGC commander also emphasized that the Iranian nation has managed to defeat the enemy through resistance, adding that only a few patrol units are currently in the Persian Gulf, where the enemy had previously deployed its warships and aircraft carriers.

"Along with other military forces of the country, the IRGC is fully prepared to counter any enemy on any scale and defeat it," Salami pointed out.

Elsewhere in his remarks, Salami said the Lebanese Hezbollah resistance movement, Palestinian militants and other groups affiliated with the resistance front are capable of thwarting all the enemies' plots in the region, but the United States has not been able to achieve any of its goals despite spending huge sums.

Tags: Hossein Salami IRGC
Short Link rasanews.ir/201qjb
Share
0
Please type in your comments in English.
The comments that contain insults or libel to individuals, ethnicities, or contradictions with the laws of the country and religious teachings will not be disclosed