Rasa - Iran's Intelligence Ministry announced on Saturday that a terrorist network that had crossed the Western borders into Kermanshah province has been dismantled by security forces. 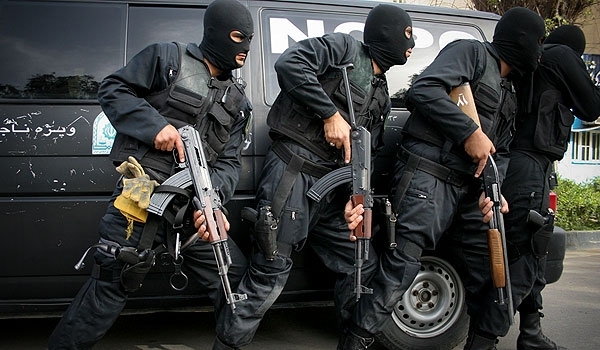 RNA - "Members of a separatist terrorist team had been hiding in a house when they were identified and two terrorists were killed in exchanges of fire with the security forces," the Public Relations of the Iranian Intelligence Ministry said.

The Intelligence Ministry further said that several weapons, hand grenades and other military equipment as well as documents were seized from the foreign-backed terrorists.

It noted that the obtained documents showed that some "reactionary Arab countries of the region" were sponsoring the terrorist team and supporting their planned acts of terror in Kermanshah province.

In a relevant development earlier this month, Iranian border guards dismantled a three-member team of terrorists as they intended to cross the country's border with Afghanistan.

The terrorists were confronted during a clash with the Iranian border guards in Nahbandan border area in South Khorassan Province, media reports said.

"One terrorists was killed the clashes, another one was wounded and the third one surrendered himself to the border guards," Iranian Border  Guards Commander Brigadier General Qassem Rezayee said.

According to Fars News Agancy, he noted that several Kalashnikov rifles and a quantity of ammunition were also seized from the gunmen.

South Khorasan shares 460 kilometers of border with the neighboring Afghanistan.

In a relevant development in late September, Iran's Islamic Revolution Guards Corps (IRGC) attacked and disbanded a terrorist network in an area along the country’s border with Pakistan, killing four terrorists and wounding two others.

"The attack on the terrorist team came after intelligence operations revealed that the terrorist group had planned to attack Iran's border posts from Pakistan's soil," the IRGC said in statement.

The anti-terror operations were carried out by IRGC’s Ground Force in the Saravan border area in the Southeastern Iranian province of Sistan and Balouchestan last Friday, it added.

The statement said the terrorist team was disbanded near one of the posts before managing to carry out any act of terror.

"The rest of the terrorists fled deep into Pakistan," it added.

The IRGC's statement noted that the security forces monitor with alertness whatever movement by terrorists.

Tags: Iran Terrorist
Short Link rasanews.ir/201qjQ
Share
0
Please type in your comments in English.
The comments that contain insults or libel to individuals, ethnicities, or contradictions with the laws of the country and religious teachings will not be disclosed