Rasa - A British Imam has been fired from a Saudi-financed London mosque after he criticized the Saudi Crown Prince Mohammad bin Salman and the country's royal family. 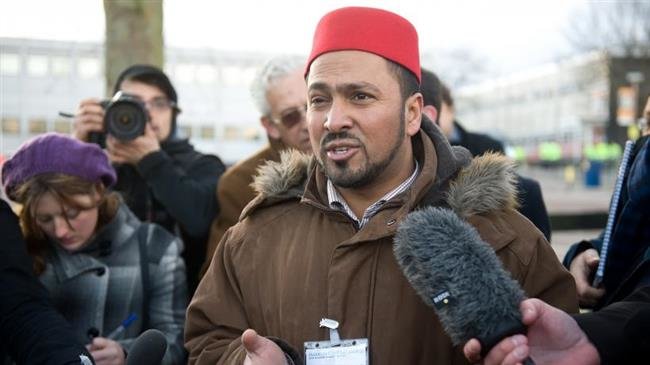 RNA - Imam Ajmal Masroor was fired from the Fitzrovia Mosque, also known as Goodge Street mosque in central London, which is run by the Saudi-funded Muslim World League.

Masroor's firing took place just days after he used his personal Facebook page to post a video which described the Saudi royal family as "corrupt, despotic and totally anti-Islamic."

"I am 100 percent sure that they fired me because of my comments about Mohammad bin Salman where I said he was not a reformer but a conformer," said Masroor."When I asked why they were firing me, I was told that it was an order that had come from the top. Which means the Saudi government wanted me out."

Masroor said the mosque management had previously reprimanded him for his vocal criticism of the Saudi royal family, stating that he was permitted to criticise Saudi Arabia online, but not inside Goodge Street mosque.

"In the last five years, I was reprimanded at least five times by the management for my comments about Saudi Arabia," Masroor told the media. "They would ask me not to speak about the king or the Saudi regime. I had several heated arguments with the current director on this issue. In the end, we agreed that I would not criticise Saudi Arabia in my sermons, but I was allowed to post my views online, which I regularly do."

In a statement released online, the Muslim World League said it had "no option" but to fire Masroor from his position at the mosque.

"It was agreed with him that the mosque pulpit is not the place to attack people, governments, groups or sectors to express certain political views," said the Regional Director of the Muslim World League. "He continued provoking public opinion against the individuals, governments, causing a stir in the society, shaming and accusing falsely, so no option was left but to stop dealing with him in any way."

The League also distanced itself from claims made by Masroor that the mosque had only given space to Saudi projects.

"The biggest concern is that Saudi Arabia is not only now interfering with its own citizens but those in the UK" said Masroor.

According to Press TV, Saudi Arabia is currently facing a growing chorus of criticism global leaders over the disappearance and alleged murder of Saudi journalist Jamal Khashoggi inside Riyadh's consulate in Istanbul last week.

The 59-year-old Saudi journalist's disappearance and an explosive New York Times story alleging that he was dismembered inside the Saudi consulate, has raised concerns over the safety of Saudi dissidents inside the monarchy and abroad.

Tags: UK Saudi British
Short Link rasanews.ir/201qj7
Share
0
Please type in your comments in English.
The comments that contain insults or libel to individuals, ethnicities, or contradictions with the laws of the country and religious teachings will not be disclosed