Rasa - A senior commander of the Islamic Revolution Guards Corps underlined that the US naval forces in the Persian Gulf are fully aware of the IRGC Navy's high operational and military power and they avoid any confrontation. 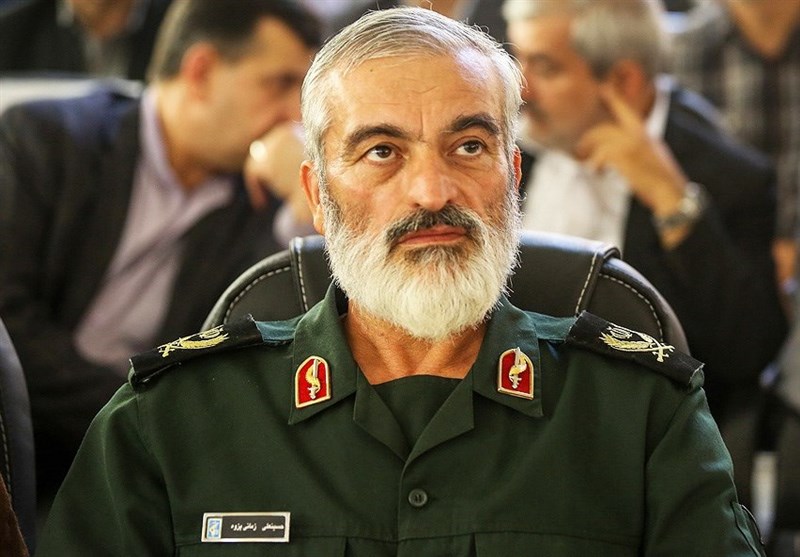 RNA - "The IRGC Navy's strategy in the Persian Gulf and the Strait of Hormuz is based on mighty presence in Iran's territorial waters and the Americans are fully aware of this operational and military power," Commander of the IRGC Navy’s University General Hossein Ali Zamani told reporters in the Northern city of Rasht on Tuesday night.

He also said that the US forces deployed in the Persian Gulf avoid any confrontation against the IRGC Navy, adding, "The IRGC Navy uses its vessels and drones to fully monitor any move by the US vessels."

According to Fars News Agancy, the IRGC Navy has displayed a strong and powerful presence in the Strait of Hormuz and the Persian Gulf and its speed boats have boosted the agility of its forces.

In relevant remarks in August, Chief of Staff of the Iranian Armed Forces Major General Mohammad Hossein Baqeri said vessels were having a smooth trafficking in the Strait of Hormuz because the warships of the trans-regional states were obeying the orders issued by the IRGC Navy in accordance to international laws.

"Thanks to the IRGC Navy's preparedness and capabilities, the hostile states have felt anxious before entering the Strait of Hormuz and acted upon international rules in the past year; if they make a move outside (this charter), they would face the IRGC Navy's countering and controlling measures," General Baqeri said, addressing a forum in the Northeastern city of Mashhad.

He described the Persian Gulf as Iran's home and the enemies as uninvited guests, and said, "We never overlook the enemy's new strategies and always monitor them."

"The enemies should know that the Persian Gulf is such an inappropriate place for their wars and clashes that when an unwise person in the US orders war, even their experts say that they do not have the power to confront the Islamic Republic of Iran," General Baqeri said.

Tags: US IRGC
Short Link rasanews.ir/201qiM
Share
0
Please type in your comments in English.
The comments that contain insults or libel to individuals, ethnicities, or contradictions with the laws of the country and religious teachings will not be disclosed