Rasa - An Iranian border guard was killed on Monday night in an armed conflict between the forces of the Iranian Army and an unidentified terrorist group. 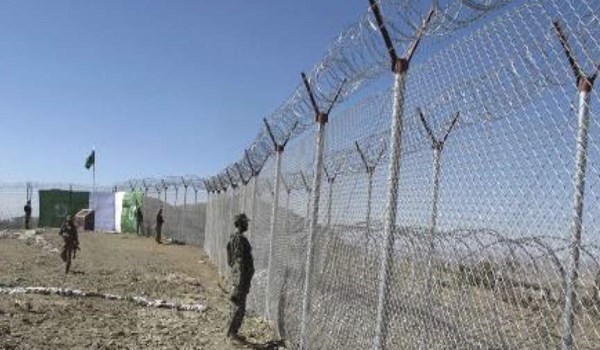 RNA - A senior military official broke the news on Tuesday, recounting that incident took place in the western city of Marivan, in Kurdistan Province.

Deputy Commander of Iranian Border Guards Mohammad Kazem Taqavi added that a large number of weapons and ammunitions were also seized from the group of terrorists who were trying to penetrate the country to commit sabotage.

As the province shared borders with Iraqi region of Kurdistan, many anti-Iranian terrorists use Iraqi territories to stage attacks and ambushes on Iranian security forces.

According to Fars News Agency, Marivan is 125 km to the west of the provincial capital, Sanandaj, bordering Iraqi Kurdistan. The city shares a 100-km border with Iraq's Sulaymaniyah.

On September 8, Iranian missiles targeted the headquarters of the KDP-I and the Democratic Party of the Iranian Kurdistan (PDKI) terrorist groups in Koya. The missile attack was in retaliation of an earlier attack by anti-Iranian terrorists.

The missiles specifically targeted the KDP-I’s political bureau, the PDKI’s training center, and a Peshmerga complex.

According to the KDP-I’s statement, the bombardment killed 14 members of the two parties and injured 40 more. The Secretary of KDP-I, Mustafa Mawludi, and his predecessor, Khalid Azizi, were also among those wounded during the attack.

Tags: Iran Terrorist Border
Short Link rasanews.ir/201qi2
Share
0
Please type in your comments in English.
The comments that contain insults or libel to individuals, ethnicities, or contradictions with the laws of the country and religious teachings will not be disclosed