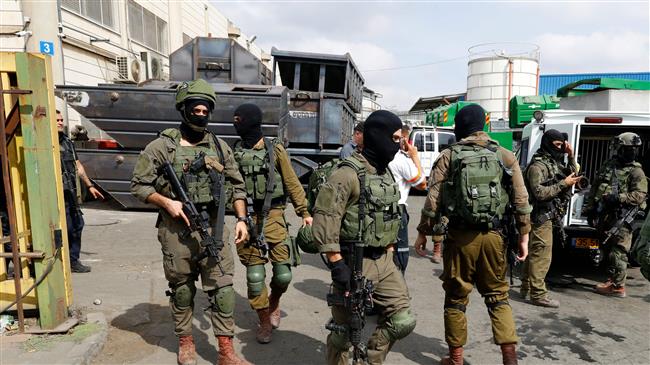 RNA - Soldiers and intelligence officers stormed the family home of the suspected assailant Ashraf Walid Naawla, 23, who remains at large, in the Northern West Bank village of Shweika, detaining three of his family members, WAFA reported.

The detainees were identified as Naawla’s mother, Wafaa, 54, along with his two sisters, Hanadi, 26, and Sundus, 20.

This came a day after Naawla’s brother and sister were detained during a predawn raid along with other residents from the village.

Naawla is suspected of carrying out a shooting attack in the Barkan industrial plant in the Northern West Bank on Sunday, killing two Israeli settlers.

“According to Palestinian sources, neither the brother, arrested Sunday, nor the sister have any information related to the attack, but the arrests serve to pressure the assailant to reveal himself,” Israeli media reported.

Israel habitually takes Palestinians as hostages in order to pressure wanted relatives to turn themselves in, a war crime under international law.

PPS added that two other Palestinians were detained from the northern West Bank district of Tulkarem.

Naawla was reportedly an employee at the Barkan Industrial Zone, located near Ariel settlement, where he allegedly carried out the shooting on Sunday. The two Israeli settlers killed in the attack were said to be Naawla’s coworkers.

A similar raid was reported in Asira al-Qaibliya, a town to the Southwest of Nablus, resulting in the detention of a Palestinian.

In the meantime, Israeli police detained a Palestinian from Jerusalem’s Old City. He was identified as a former prisoner.

In the southern West Bank, forces raided Aida refugee camp, North of Bethlehem, detaining a woman and her 21-year-old daughter, identified as a former prisoner.

Tags: Palestinian Israel
Short Link rasanews.ir/201qi0
Share
0
Please type in your comments in English.
The comments that contain insults or libel to individuals, ethnicities, or contradictions with the laws of the country and religious teachings will not be disclosed