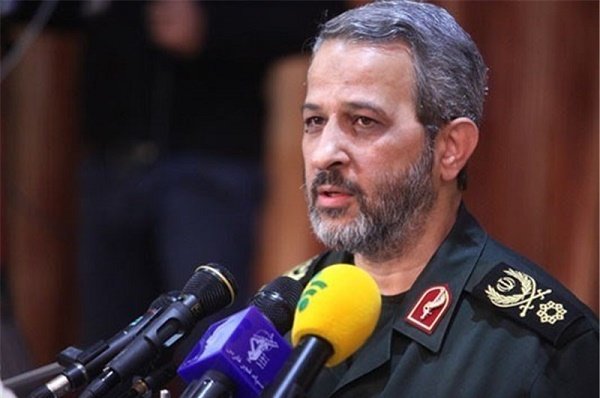 RNA - "Today, we are facing a full-scale war against the world arrogance and the US president has clearly shown his enmity (towards Iran)," General Gheib-Parvar said, addressing a gathering in Tehran on Tuesday.

He said that the US is receiving assistance from two of its arms in the region in this war, and said the Saudi and Israeli regimes spend lots of money and provide Washington with intelligence in the battle against the Islamic Revolution.

According to Fars News Agency, the Iranian officials have on several occasions warned that the CIA and Mossad with the support of certain regional states had launched a massive media and propaganda war against Iran.

"The media and propaganda campaign against Iran was underway before too, but, it has accelerated now. Based on the information we have obtained, the intelligence services of the United States and the Zionist regime—with the financial support of the Koras of the countries near us—have set up apparatuses for media war and are persistently busy plotting and striving to contaminate the media and thinking atmosphere of the society," Supreme Leader of the Islamic Revolution Ayatollah Seyed Ali Khamenei said in September, addressing members of Iran's Assembly of Experts in Tehran

He further elaborated on the media war against Iran, saying, “This media war is aimed at creating anxiety, anguish, hopelessness and a feeling of having hit a dead end as well as making the people cynical about one another and about the governing bodies, and exaggerating and amplifying the economic problems in the minds of the society."

“Today, the Islamic establishment is faced with an all-out economic war, which is being led from a war room with full precision and hard work,” Ayatollah Khamenei said.

He further called for stronger unity and national convergence at the current “sensitive” juncture.

This sensitivity, he added, is not because Iran’s enemies are powerful or great in number as they have always been hatching a myriad of abortive plots against the country over the past four decades.

“The sensitivity of these conditions is due to the fact that the Islamic establishment has stepped on a new path and put forward new points of view, moving against the tide of the hegemonic system,” the Leader added.

Ayatollah Khamenei also called on all sides to stay vigilant in the face of the new hostile campaign against Iran, warning against any action that could fuel the ongoing propaganda war.

Tags: Gholamhossein Gheibparvar Iran Israel
Short Link rasanews.ir/201qhy
Share
0
Please type in your comments in English.
The comments that contain insults or libel to individuals, ethnicities, or contradictions with the laws of the country and religious teachings will not be disclosed