Rasa - Israeli military forces have reportedly arrested 378 Palestinians, including 10 women and 52 children, during separate operations across the occupied West Bank and besieged Gaza Strip in the month of September. 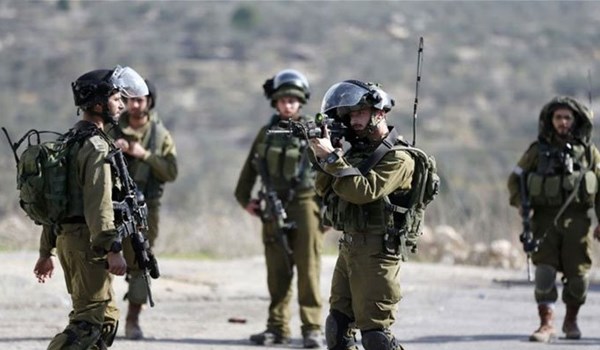 RNA - The Commission for Prisoners and Ex-Prisoner Affairs, the Palestinian Prisoners Society and al-Dameer Association for Human Rights, in a joint statement released on Tuesday, announced that 104 Palestinians were detained in Jerusalem al-Quds last month, while 56 others were rounded up in Ramallah and Bireh.

A total of 16 citizens were arrested across the Gaza Strip as well.

The remaining Palestinians were arrested in different cities and towns throughout the West Bank.

The statement came on the same day that Israeli forces detained 13 Palestinians, including siblings of a suspected assailant, during multiple overnight raids across the West Bank.

Meanwhile, the Palestinian Prisoners’ Center for Studies (PPC) says some 500 Palestinians are currently being held in Israeli prisons and detention centers over their social media posts.

According to Press TV, hundreds of Palestinians have been sentenced over the past three years to different jail terms on the ground of incitement on social media, Ashqar said.

Scores of others have been placed under house arrest and denied from using social media platforms, he noted.

According to reports, at least 13 Palestinian lawmakers are currently imprisoned in Israeli detention facilities. Nine of them are being held without trial under administrative detention.

Tags: Palestinian Israel
Short Link rasanews.ir/201qhx
Share
0
Please type in your comments in English.
The comments that contain insults or libel to individuals, ethnicities, or contradictions with the laws of the country and religious teachings will not be disclosed