Rasa - Syrian President Bashar al-Assad has signed a decree, granting amnesty to those who have either deserted the army or avoided military service, and giving them several months to report for duty. 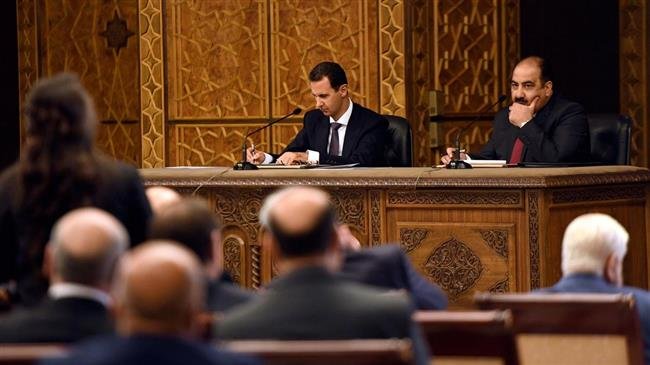 RNA - In the decree issued on his social media feeds on Tuesday, President Assad said the amnesty covered all punishments for desertion inside or outside Syria.

Men inside Syria will have four months to turn themselves in to authorities for investigations while those outside will have six months, according to the decree.

While the amnesty covers desertion, it does not cover fighting against the government or joining the terrorists.

According to Press TV, tens of thousands of Syrian men are wanted by the government for not serving in the military or deserting the army during the years-long war waged by terrorists.

Under Syrian military law, deserters could be jailed for years if they leave their posts and do not report for service within a set amount of time.

The amnesty comes as Syria seems to be emerging from over seven years of foreign-backed militancy with the government preparing to liberate Idlib Province, the last terrorist stronghold in the country.

Tags: Syria Bashar Al-Assad
Short Link rasanews.ir/201qhp
Share
0
Please type in your comments in English.
The comments that contain insults or libel to individuals, ethnicities, or contradictions with the laws of the country and religious teachings will not be disclosed