Rasa - Christian-Zionist lobbyists and publicists are using the deep pockets of the Saudi royals to spread their anti-Iran propaganda, highlighting the criminal work that the US government is doing in Yemen. 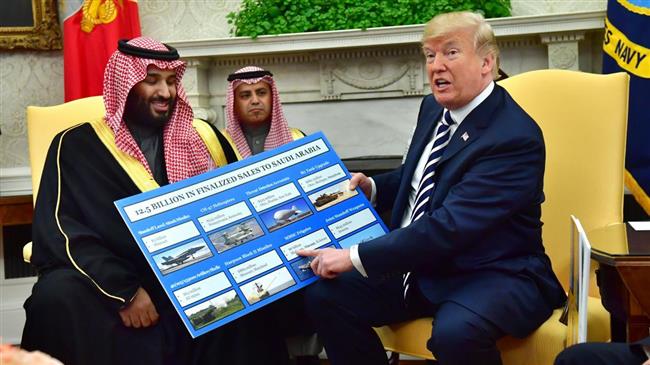 RNA - The Saudi blockade of the country and the American-backed, armed, and fueled air strikes are killing civilians at weddings, funerals, school bus trips, and other civilian events. All of this is, in addition, helping to create a grotesque famine, a potential disaster of the most extreme sort and the very reason such humanitarian assistance is needed. This is while the world community is looking the other way.

And even if the facts aren’t on their side, the dollars are. Since March 2015, that reality has proven remarkably convincing in Washington, as copious dollars flowed from Saudi Arabia to US military contractors (who are making billions selling weapons to that country), to lobbying firms, and via those firms directly into Congressional coffers. This is how US foreign policy is determined: Make wars, sell arms, get involved, pocket the money, and dismiss responsibility.

Tragically, Yemen’s impoverished civilian population has been caught in the middle of such a criminal foreign policy, this contagion of US-backed, Saudi-led war and hostilities, with Human Rights Watch finding that 60 percent of civilian deaths have resulted from air strikes. It reports that "airstrikes have damaged or destroyed numerous civilian objects including homes, markets, hospitals, and schools, as well as commercial enterprises which appear to be in violation of international law".

The effects of the illegal conflict have been compounded by an air, land and sea blockade of Yemen imposed from November 2017 by Riyadh and Washington allegedly "to stem the flow of arms to the Houthis from Iran." The blockade of Hodeida port in particular has been disastrous for a country 90 percent dependent on imports, 70 percent of which came through the port. The war and blockade has pushed some seven million people to the brink of famine and left nearly 900,000 infected with cholera. But who cares, as long as America makes money.

Ironically, the same war industry officials on the Capitol Hill who are calling on Saudi Arabia to lift the illegal blockade on Yemen, are also endorsing additional requests from their Arab allies fighting Yemen – mainly Saudi Arabia and the UAE - for thousands of new US-made weapons, including missiles and bombs, to rebuild depleted arms stockpiles. This shows how Saudi Arabia has become the world’s largest importer of weapons and fourth largest military spender.

Adding to the concern is the fact that the spending spree on arms comes against the background of a marked increase in military interventions by the US and its Arab allies in the region. In addition, a new Saudi-led military alliance – announced this year and dubbed the “Arab Nato” – appears primarily designed as a new foil to Iran to advance the United States' agenda at the cost of Arab states.

According to Fars News Agency, all this is just the thin edge of the wedge. The Saudi-led war on Yemen is the latest manifestation of Arab interventionism, a trend that has been gaining momentum in the Middle East since the Saudi intervention in Bahrain during the Arab uprisings. These autocratic regimes appear to be increasingly willing to use their American weapons to attack any neighbor that doesn’t like them and pursue their illicit interests in crisis zones across the region.

On top of that, when it comes to how the US perceives its destabilizing arms sales to the Middle Eastern dictatorships, it tends to be seen as a domestic economic issue – “protecting our factories” or “making America great again” - instead of averting humanitarian disaster or institutionalizing a non-violent conflict-resolution mechanism following a war. That neglects the regional political dimensions too, with arms sales taking place with a lack of regard for that context and without international accountability at the United Nations.

Speaking of the UN, the world body should aim to restore itself as the globally mandated body that has what it takes to stop the US-backed and Saudi-led war, and retain oversight over it. The UN must exert pressure on the US to end targeting and refueling assistance for Saudi and UAE warplanes that are deliberately bombing the civilian population. By taking the side of the Saudis and their allies, the UN cannot bring stability to the region, nor can it increase prospects for peace in Yemen. Its inaction has only helped to turn a horrible circumstance into a nightmare.

To that end, the UN member states should get members of the Security Council to embrace their legally defined duty to make decisions about whether some of them should involve themselves in battlefield to stop this illegal war. No member state should be allowed to go out of its way to block Security Council action that might check and balance the Saudi militarism in Yemen.

It is time for the UN Security Council to force a vote. If they succeed, this opens up the possibility that a Council that has been derelict in its duty might actually get on the right side of history - and play a real role in addressing and ending one of the world’s largest humanitarian crises. The time to act is now.

Tags: Yemen Saudi
Short Link rasanews.ir/201qhl
Share
0
Please type in your comments in English.
The comments that contain insults or libel to individuals, ethnicities, or contradictions with the laws of the country and religious teachings will not be disclosed