Rasa - The United Nations Relief and Works Agency for Palestine Refugees (UNRWA) deplored in a statement on Sunday the rise in fatalities among refugee students killed in the Israeli army crackdown on March of Return protests at the Gaza border with Israel and the deteriorating humanitarian crisis. 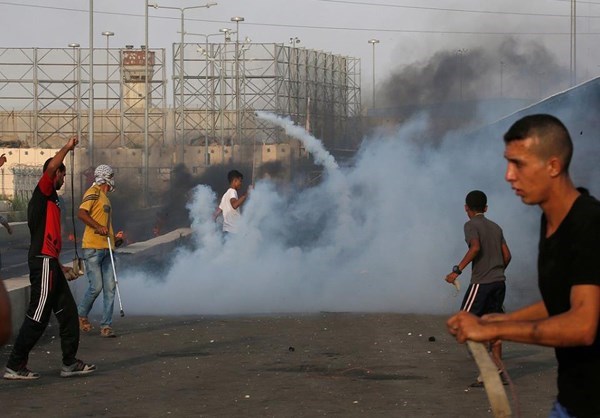 RNA - “UNRWA deplores the loss of life and the devastating impact that the deaths and injuries have on individuals and families,” said the statement. “Every effort must be made to protect more effectively those who are exposed to this tragic situation," WAFA reported.

According to Fars News Agency, On 28 September, Israeli soldiers killed seven Palestinians including two children, one of whom was an UNRWA student, during the weekly protests. This latest death brings to 13 the total number of UNRWA students who have been killed since 30 March in the context of the Great March of Return demonstrations near the fence separating Israel and the Gaza Strip. Many other children enrolled in UNRWA schools have been wounded in the demonstrations.

Between 31 March and 30 September, UNRWA's 22 health centers across the Gaza Strip have provided 4,104 consultations for injuries sustained in the protests, more than 770 of which related to children. The majority of these (86 per cent) have been gunshot injuries, often resulting in serious bodily harm. Wounds can be dressed.  But for casualties of such violence and all involved in their care, the effects are lasting; rehabilitation is often long, costly and uncertain, said the UNRWA statement.

“The latest violence inflicts further pain and suffering on an already traumatized Palestine refugee population that has endured occupation, over a decade of blockade, and recurrent hostilities,” it said. “In recent months, the deepening humanitarian crisis has further ravaged the Gaza Strip and stretched an already fragile health system to breaking point.”

“We are witnessing an extreme phase in Gaza, as living conditions – already intolerable – continue deteriorating.  The sense of hope for its roughly two million people, 70% of whom are refugees, is receding.  While all parties must take action to ensure further violence is prevented, rights and dignity are imperative for Gaza and the horizon of its people, in the context of a just and lasting solution to the Israeli-Palestinian conflict," it concluded.

Tags: UNRWA Gaza
Short Link rasanews.ir/201qhh
Share
0
Please type in your comments in English.
The comments that contain insults or libel to individuals, ethnicities, or contradictions with the laws of the country and religious teachings will not be disclosed