Rasa - The head of the parliamentary bloc of the Lebanese Hezbollah resistance movement has leveled strident criticism at foreign countries, primarily Saudi Arabia, over hindering the formation of a new government in the Arab country. 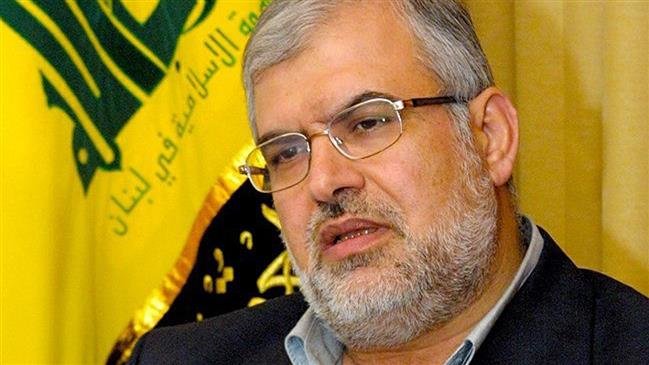 RNA - “Those who hinder the formation of our government are the same who previously held our prime minister captive,” Mohammad Raad said during a ceremony in Lebanon’s southern city of Nabatieh on Monday.

Saad Hariri stunned Lebanon and the world on November 4, 2017 by announcing his resignation in a live television broadcast from Saudi Arabia. He accused Iran and Hezbollah of sowing strife in the Arab world, an allegation rejected by both sides.

Senior sources close to Hariri and top Lebanese officials said Riyadh had coerced the Lebanese premier into stepping down and put him under house arrest.

Lebanese President Michel Aoun stressed back then that the prime minister was being detained in Saudi Arabia against his will.

Raad added, “The time has come to shout and say that a government must be formed ... by the will of the nation’s people and the will of political forces.”

“How can we secure our sovereignty if we can’t form our own government unless we can lift the veto of those disrupting the formation a new government from abroad?

“Lebanese people are involved in the formation of government. They must block all obstacles ... [including] those obstructing the formation from abroad,” he noted.

Hariri has called on political parties to “show modesty” in their demands regarding the new government, emphasizing that he is not responsible for the serious delay.

“They are blaming me for the delay whereas each party is clinging to its stances and demands,” he told reporters on August 7 ahead of a meeting for the al-Mustaqbal parliamentary bloc.

“Everyone must display modesty and sacrifice for the sake of the country,” Hariri pointed out.

Tags: Lebanon Hezbollah
Short Link rasanews.ir/201qhb
Share
0
Please type in your comments in English.
The comments that contain insults or libel to individuals, ethnicities, or contradictions with the laws of the country and religious teachings will not be disclosed