Rasa - Former Iranian Intelligence Minister Heidar Moslehi stressed that a stronger response is waiting for the terrorists and their supporters who carried out the September 22 attack in Southwestern Iran. 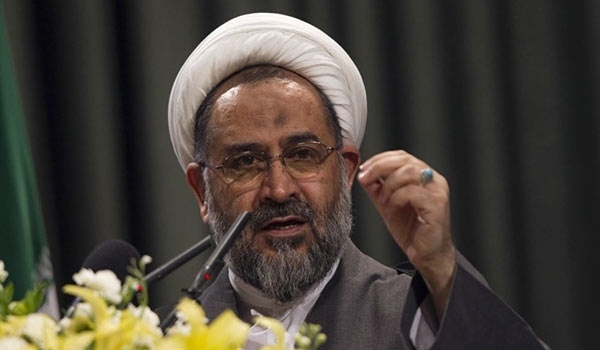 RNA - "The missile strikes against the ISIL positions was just a small part of Iran's response and the main response will be highly heavy and crushing," Moslehi said on Sunday.

He, meantime, underscored the necessity for the Iranian officials and people to keep vigilant and increase sensitivity to the enemies' moves.

The terrorists attacked the bystanders watching the annual Armed Forces' parades, marking the start of the Sacred Defense Week, commemorating Iranians' sacrifices during the 8 years of the Iraqi imposed war on Iran in 1980s, in disguise of the Islamic Revolution Guards Corps (IRGC) and Basij (volunteer) forces, killing and wounding several people, including innocent women and children.

According to Fars News Agancy, during the operations codenamed Zarbat-e Moharram (Blow of Moharram) carried out at 2:00 AM (local time) last Monday against the headquarters of Takfiri terrorists near Albu Kamal region in Eastern Euphrates was attacked from Kermanshah province in Western Iran, 570km away from the targets.

Tags: Heidar Moslehi Iran ISIL
Short Link rasanews.ir/201qhN
Share
0
Please type in your comments in English.
The comments that contain insults or libel to individuals, ethnicities, or contradictions with the laws of the country and religious teachings will not be disclosed