Rasa - An independent human rights group has documented 844 cases of grave human rights violations in Bahrain during the month of July as the ruling Al Khalifah regime relentlessly continues with its crackdown on human rights activists and pro-democracy campaigners in the tiny Persian Gulf kingdom. 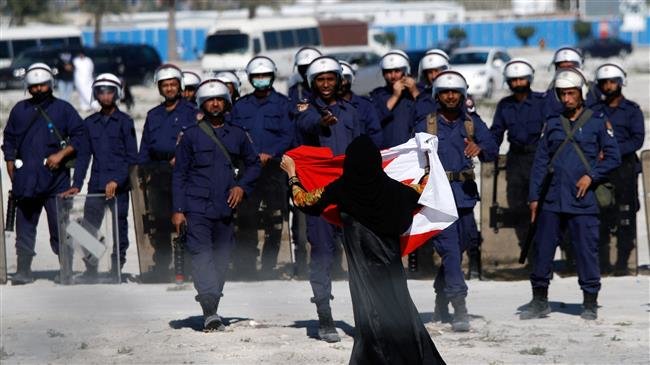 RNA - The Bahrain Forum for Human Rights (BFHR) said in a statement on Saturday that 50 cases involved arbitrary arrests, while torture was used in another 54 instances. Regime forces also carried out 94 warrantless raids on private homes.

The BFHR added that Bahraini regime forces were involved in the forcible disappearance of 18 people in seven different towns and villages during July.

Moreover, Bahraini courts handed down a total of 20 years of prison to political dissidents.

The human rights group stressed that defendants were put on trial in 70 cases, in what it described as a “flagrant violation of their freedom of expression and right to peaceful assembly.”

Meanwhile, the International Center for Supporting Rights and Freedoms (ICSRF), a member of the Coalition for the International Criminal Court, has called upon Bahraini authorities to release the head of the opposition al-Wafa Islamic Movement, Abdulwahab Hussain Ali Ahmed Esmael, whose health is in a critical health situation.

The ICSRF also urged the Manama regime to ensure all those being held in Bahraini detention centers are humanly treated, and that the UN Standard Minimum Rules for the Treatment of Prisoners (SMRs) are observed.

The center further highlighted that Hussein suffers from inflammation of joints, high blood sugar, blood pressure, neck and back disc herniations as well as foot ulcers.

Tags: Human rights bahrain
Short Link rasanews.ir/201qhL
Share
0
Please type in your comments in English.
The comments that contain insults or libel to individuals, ethnicities, or contradictions with the laws of the country and religious teachings will not be disclosed