Rasa - A Palestinian man has shot dead two Israelis and wounded a third one in an industrial park in the occupied West Bank, the Israeli military says. 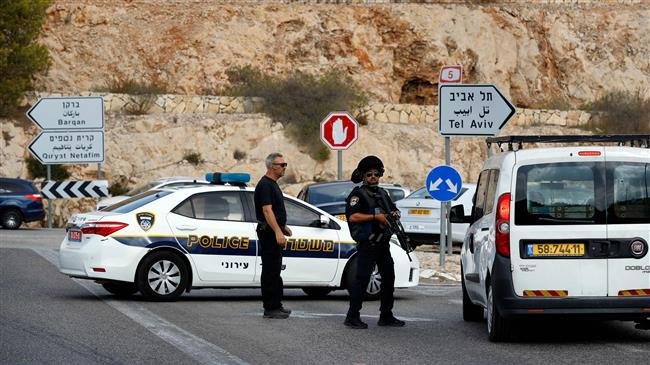 RNA - The alleged incident took place in a factory in the Barkan Industrial Park about 25 kilometers east of Tel Aviv on Sunday, it added.

Israeli military spokesman Jonathan Conricus described the Palestinian as a 23-year-old resident of the city of Qalqilya in northwestern West Bank, who worked at the factory, saying he was still at large.

The Israelis were described as a man and two women, one of whom remained in critical condition.

According to Press TV, Barkan industrial park is next to the settlement of Barkan, established in the early 1980s, where nearly 5,000 Palestinians are reportedly employed in Israeli-owned businesses.

Most countries consider settlements that Israel has built on land occupied in the 1967 Middle East war as illegal.

On September 16, an armed Israeli settler shot and wounded a 17-year-old Palestinian who had allegedly staged a “stabbing” attack near a shopping mall south of the occupied city of Jerusalem al-Quds.

Since 2015, the occupied territories have been the scene of heightened tensions due to Israeli measures which Palestinians view as a bid to change the status of the al-Aqsa Mosque compound in Jerusalem al-Quds.

Nearly 200 Palestinians have been killed by Israeli forces ever since the “Great March of Return” rallies began in the besieged Gaza Strip on March 30. The protests are centered around the Palestinian right of return for those driven out of their homeland after the creation of Israel.

Tags: Palestinian Settlement Israel West Bank
Short Link rasanews.ir/201qhJ
Share
0
Please type in your comments in English.
The comments that contain insults or libel to individuals, ethnicities, or contradictions with the laws of the country and religious teachings will not be disclosed