At least two Afghan security forces have been killed in two back-to-back bomb explosions in an eastern neighborhood of the capital Kabul, local police say. 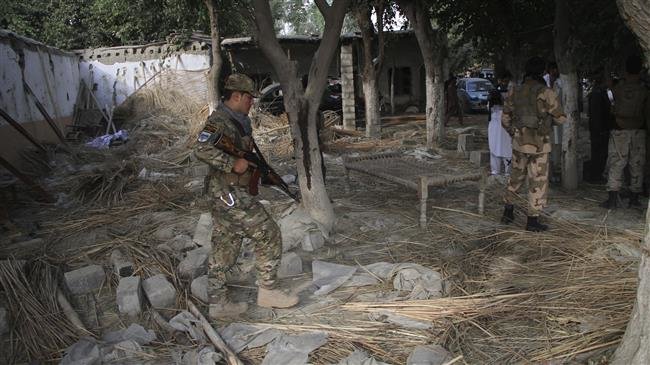 RNA - A spokesman for the Kabul police chief, Basir Mujahid, said nine people, including six police officers and three civilians, were also injured in the attacks on Saturday.

He added that the incident occurred when a roadside bomb hit a military vehicle as police arrived to respond to a militant attack, then a second blast took place in the same area causing casualties.

Mujahid noted that the police chief was among the injured.

An Afghan army commander, Captain Aimal Sakhi, said at least 10 people were wounded in the blasts.

"After the first explosion occurred, officials from the 12th police district came to the area, and after locals and police had gathered there, the second blast took place. In this incident, two people have been killed and ten others have been wounded," the army commander added.

According to Press TV, a Taliban spokesman, Zabihullah Mujahid, claimed responsibility for the attack.

Fighting reportedly raged in four provinces, leaving as many as 60 Afghan forces and dozens of militants dead.

Back in June, Taliban militants in Afghanistan killed at least 16 police officers and two civilians in the western province of Badghis.

The casualties took place after militants waged an operation to capture eight checkpoints in Badghis.

Tags: Kabul Afghan
Short Link rasanews.ir/201qh8
Share
0
Please type in your comments in English.
The comments that contain insults or libel to individuals, ethnicities, or contradictions with the laws of the country and religious teachings will not be disclosed