Rasa - Major American daily newspaper the Washington Post has printed a blank column in solidarity with prominent Saudi dissident and journalist Jamal Khashoggi, who went missing after visiting the Saudi consulate in Turkey’s largest city of Istanbul a few days ago. 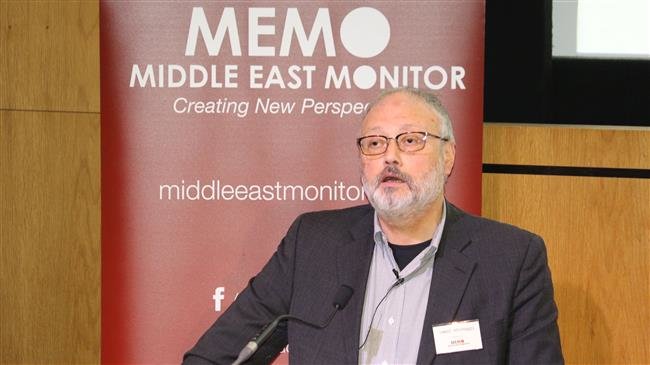 RNA  - The Post’s empty column in the Friday edition bore Khashoggi’s byline and the headline: "A missing voice."

The daily’s editorial board also called on Saudi Crown Prince Mohammed bin Salman to ensure the 59-year-old writer “is free and able to continue his work.”

“His criticism, voiced over the past year, most surely rankles Mohammed bin Salman, who was elevated to crown prince last year and has carried out a wide-ranging campaign to silence dissent while trying to modernize the kingdom,” the Post editorial read.

It added, “Among those in his prisons for political speech are clerics, bloggers, journalists and activists. He imprisoned women who agitated for the right to drive, a right that was granted even as they were punished.”

See an early look at tomorrow’s @washingtonpost Opinions page featuring a blank column for @JKhashoggi , who has not been heard from since Tuesday.
pic.twitter.com/17LX8O7rUz — Washington Post PR (@WashPostPR) October 5, 2018

Khashoggi’s supporters rally in Istanbul for his release

Meanwhile, supporters of the missing dissident Saudi journalist have participated in a rally, organized by the Turkish-Arab Media Association (TAM), outside the Saudi consulate in Istanbul, calling for his “release.”

“As journalists we are concerned by the fate of Jamal. We do not know if he is alive or not, and the statements by Saudi Arabia on the subject are far from satisfactory,” Turan Kislakci, a friend of Khashoggi and TAM chief, said in a statement to supporters.

As Kislakci spoke, supporters held up images of the journalist, with the words “Free Jamal Khashoggi.”

We call for Khashoggi's "immediate release," or knowledge of his whereabouts, Kislakci added.

Yemeni activist and 2011 winner of the Nobel Peace Prize, Tawakkol Karman said she believed Khashoggi “was kidnapped in this gangster's den that is supposed to be a consulate.”

“What we want is Jamal Khashoggi's release. He entered the building of the consulate, he has to come out of there safe and sound. And the Turkish government must assume its role and deal with the case of Jamal Khashoggi because Turkish sovereignty has been violated,” she noted.

Separately, Human Rights Watch (HRW) called on Turkish authorities to “deepen their investigation” into the journalist's whereabouts, saying his possible detention could “constitute an enforced disappearance.”

“If Saudi authorities surreptitiously detained Khashoggi it would be yet another escalation of Crown Prince Muhammad bin Salman's reign of repression against peaceful dissidents and critics,” HRW's Middle East and North Africa director, Sarah Leah Whitson, said in a statement late on Thursday.

Saudi Arabia's Ambassador to Ankara Adel Serajedin Merdad has told Turkish officials that he had no information about Khashoggi.

The ambassador also told Turkish Foreign Ministry officials during talks at the ministry that he would let officials know once he obtained information, Turkish-language NTV television news channel reported.

It said Turkey's Deputy Foreign Minister Yavuz Selim Kiran told the ambassador that the issue "should be cleared up immediately."

A spokesman for Turkish President Recep Tayyip Erdogan told reporters on Wednesday night that authorities believed the journalist was still there.

“According to the information we have, this person who is a Saudi citizen is still at the Saudi consulate in Istanbul. We don’t have information to the contrary,” Ibrahim Kalin said.

Khashoggi’s fiancée, who asked that her name be withheld, said he entered the consulate at around 1 p.m. local time (1000 GMT) on Tuesday, as she accompanied him but waited outside.

The unnamed woman, who is a Turkish citizen, called police when Khashoggi did not emerge at 5 p.m., after the consulate had officially closed.

Tags: Washington Saudi
Short Link rasanews.ir/201qgg
Share
0
Please type in your comments in English.
The comments that contain insults or libel to individuals, ethnicities, or contradictions with the laws of the country and religious teachings will not be disclosed