Rasa - The head of the UK-based Islamic Human Rights Commission says that Saudi Arabia’s increasing efforts to buy shares or directly finance TV and radio channels in Britain is in line with the kingdom’s efforts to demonize any entity which is opposed to its crimes and human rights violations. 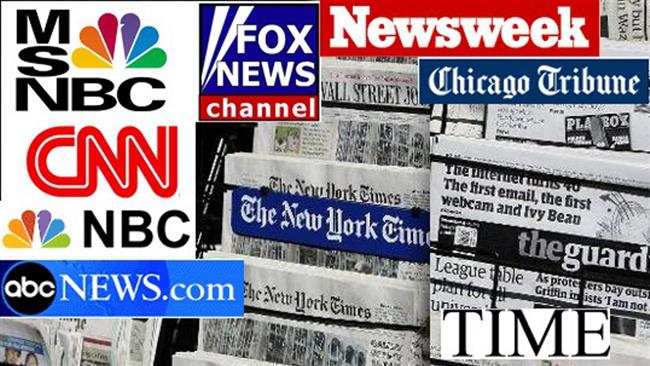 RNA - “Saudis are organizing themselves and indeed opening and financing TV stations, radio station to broadcast in Farsi as a means of trying to influence their position within the Iranian community,” Massoud Shadjareh said in an interview with the on Thursday.

He said Riyadh has also tried to demonize groups like Lebanon’s Hezbollah and Egypt’s Muslim Brotherhood as they oppose the kingdom and its policies.

Shadjareh said Saudi Arabia’s investment in Farsi stations in Britain and elsewhere is only the tip of the iceberg and there has been further investment in other outlets as well.

“Saudis for a very long time have been involved in buying shares and influencing main TV stations like CNN, Sky and others,” he said.

The policy has been meant to both silence the media regarding Saudi Arabia’s war crimes and inhumane activities and also to publicize the kingdom’s demonization of Iran and others who it sees as an obstacle to its policies.

According to Press TV, Shadjareh said Saudi Arabia is in fact emulating Israel and other suppressive regimes in bribing the media or launching propaganda stations. “And this tactic is the sort of very similar to the tactics that Zionists are using.”

The expert said the media should try to get more information about the increasing Saudi clout on the field, saying that would expose the crimes committed by the kingdom both inside the country and in other parts of the world.

“I think this use of the media, both social media and mainstream media, it is very dangerous and we need to be aware of it and we need to make sure that we expose their (Saudis’) crimes everywhere,” he added.

Tags: Western Media western Saudi
Short Link rasanews.ir/201qgT
Share
0
Please type in your comments in English.
The comments that contain insults or libel to individuals, ethnicities, or contradictions with the laws of the country and religious teachings will not be disclosed