Rasa - Israeli officials have reportedly approved plans for the construction of 14,864 new settler units in the occupied West Bank irrespective of international outcry against the regime’s land expropriation and settlement expansion policies in the Palestinian territories. 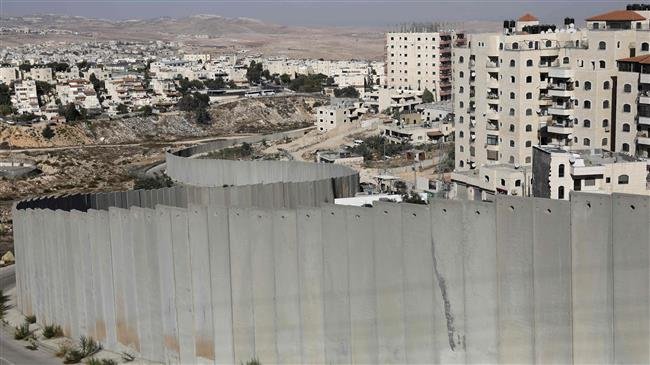 RNA - Mayor of the Gush Etzion Regional Council, Shlomo Ne'eman, said on Thursday that the construction of the new units will triple the number of settler population in the area, which lies directly south of Jerusalem al-Quds and Bethlehem in the central West Bank.

This picture taken on September 27, 2018 shows Israel's controversial barrier separating the Jewish settlement of Neve Yaakov (foreground) in the northern area of East Jerusalem al-Quds and the Palestinian neighborhood of al-Ram in the occupied West Bank. (Photo by AFP)

Tags: Settler Settlement Israel West Bank Settle
Short Link rasanews.ir/201qgS
Share
0
Please type in your comments in English.
The comments that contain insults or libel to individuals, ethnicities, or contradictions with the laws of the country and religious teachings will not be disclosed