Rasa - The Israeli military says it is reinforcing forces around the Gaza Strip in order to quell weekly protests along a fence separating occupied territories from the besieged Palestinian enclave. 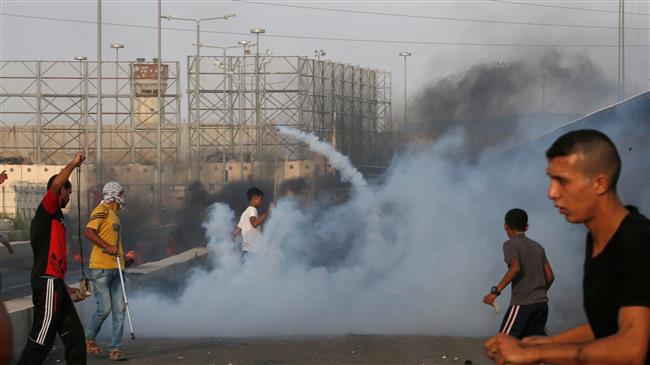 RNA - A military statement said Thursday "wide-scale" reinforcements in the southern command had started in order to “prevent infiltration into Israel from the Gaza Strip".

Under the plan, more snipers, infantry and armored forces are being deployed along the Gaza fence in anticipation of new demonstrations on Friday and Israeli concerns over their escalation.

Additional "Iron Dome" missile batteries were being sent to the south in preparation for possible rocket and mortar fire from Gaza, the military said.

The decision was taken following a situation assessment held earlier Thursday morning by senior Israeli military officials. The statement said the new deployment will span over the next few days.

An Israeli army spokesperson said the military is "prepared for a wide range of scenarios".

The move came after Yahya Sinwar, leader of the Palestinian resistance movement Hamas, warned in an interview that if Israel does not lift its blockade on Gaza, another war will be impossible to prevent.

In August, Israel tightened its years-long siege of the coastal strip by closing a pedestrian crossing into the Palestinian enclave.

Tel Aviv said then it had taken the measure at the Erez crossing, the only Israeli pedestrian crossing into the Gaza Strip, in response to weekly Palestinian protests.

The crossing, situated along the northern part of the besieged Gaza Strip, is used for the movement of humanitarian aid into the territory.

The Gaza Strip has been under an inhumane Israeli siege since 2007 and witnessed three wars since 2008. Israel carries out regular attacks on Palestinians in Gaza under the pretext of hitting Hamas targets.

According to Press TV, Egypt, one of the only two Arab countries that have open relations with Israel, has blockaded the rest of the strip, including the Rafah border crossing.

Tensions have been running high near the Israeli fence around Gaza since March 30, which marked the start of a series of protests demanding the right of return for the Palestinians driven out of their homeland during decades of Israeli violence.

So far, more than 190 Palestinians have been killed and over 20,000 others wounded in the renewed Gaza clashes, according to the latest figures released by the Gaza Health Ministry.

The Gaza Strip and the occupied territories have been the scene of new tensions ever since President Donald Trump declared Washington’s recognition of Jerusalem al-Quds as Israel’s “capital” on December 6, 2017 and then moved its diplomatic mission to the city.

In the hours leading up to the inauguration of the US embassy on May 14, Israeli troops killed over 60 unarmed demonstrators and wounded more than 2,700 others.

Tags: Israel Gaza
Short Link rasanews.ir/201qgQ
Share
0
Please type in your comments in English.
The comments that contain insults or libel to individuals, ethnicities, or contradictions with the laws of the country and religious teachings will not be disclosed