Rasa - A Palestinian teenager has been killed by Israeli soldiers during protests near the fence between the besieged Gaza Strip and the occupied territories. 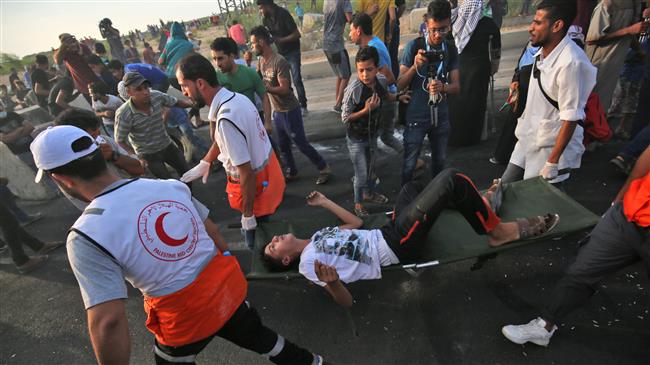 RNA - Palestinians sources quoted the Gaza Health Ministry as saying that Ahmed Abu Habel, 15, was shot in the head by Israeli forces near a checkpoint in the Beit Hanoun area of the northern Gaza Strip on Wednesday.

Some 24 people were also injured during the clashes, according to the ministry.

Tags: Palestinian Israel Gaza
Short Link rasanews.ir/201qgG
Share
0
Please type in your comments in English.
The comments that contain insults or libel to individuals, ethnicities, or contradictions with the laws of the country and religious teachings will not be disclosed