Rasa - Iran has dismissed France's allegations about the involvement of an Iranian diplomat in an alleged bomb attack on a meeting of the notorious anti-Iran terrorist group, the Mujahedin Khalq Organization (MKO), near Paris, calling on French officials to pursue a realistic approach to Tehran. 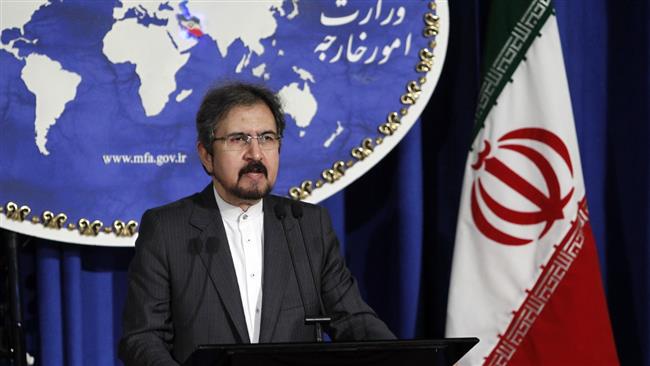 RNA - "We once again reject such accusations and claims and express the Islamic Republic of Iran's strong protest over the arrest of the Iranian diplomat and call for his immediate release," Iranian Foreign Ministry Spokesman Bahram Qassemi said on Tuesday.

Earlier on the day, the French government claimed that Iran's Intelligence Ministry was behind the bomb attack on the MKO meeting and announced that it was freezing assets belonging to two suspected Iranian intelligence officials as well as others belonging to the ministry.

In a rare joint statement, France's interior, foreign and economy ministers said, "This extremely serious act envisaged on our territory could not go without a response. In taking this decision, France underlines its determination to fight against terrorism in all its forms, particularly on its own territory."

In reaction to France's allegations, Qassemi said such a scenario and plot aim to harm good and growing relations between Iran and Europe in line with the objectives of the US and the Israeli regime managed by a terrorist group residing in France.

He reiterated that the Islamic Republic's principled policy is based on condemning any act of terror and said the existing documents clearly display the role of opponents and ill-wishers in hatching such ridiculous show.

"So, we call for French authorities' realistic view toward the Islamic Republic of Iran and once again warn of the evil hands of ill-wishers who seek to ruin deep-rooted ties between Iran and France as well as other influential European countries," the Iranian spokesperson pointed out.

According to Press TV, Belgian authorities said that the Iranian diplomat had been arrested along on June 30 with a 38-year-old man and a 33-year-old woman, suspected of plotting the bomb attack on the MKO meeting in Paris attended by US President Donald Trump's lawyer, Rudy Giuliani, and several former European and Arab ministers.

They added that Belgian police intercepted the two suspects in Belgium with 500 grams of the homemade explosive TATP and a detonation device found in their car.

The diplomat, 46-year-old Assadollah A, was arrested in Germany, suspected of having been in contact with the two arrested in Belgium.

Three other people were also arrested in France in connection with the case, two of whom were released.

Taking to his official Twitter account, Zarif said the Islamic Republic "unequivocally condemns all violence and terror anywhere, and is ready to work with all concerned to uncover what is a sinister false flag ploy."

Tags: Bahram Qassemi MKO Iran France
Short Link rasanews.ir/201qg2
Share
0
Please type in your comments in English.
The comments that contain insults or libel to individuals, ethnicities, or contradictions with the laws of the country and religious teachings will not be disclosed