Iranian blockade could induce financial collapse in the West

Rasa - The Islamic Republic of Iran is capable of bringing about the financial collapse of the West by blockading and cutting off the world’s energy supplies, according to E. Michael Jones, an American scholar and political analyst. 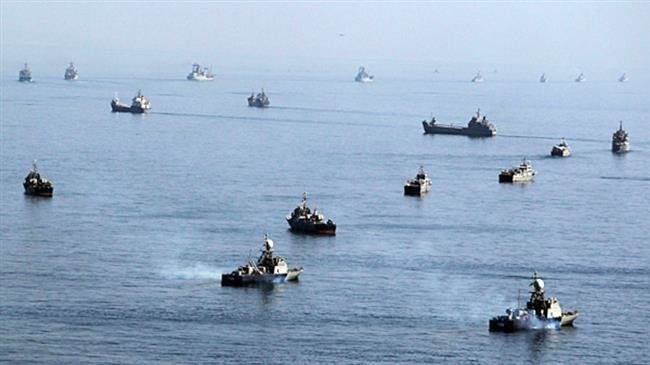 RNA - “If there is one country that is capable of blockading and cutting off the world’s energy supplies, it is Iran, because Iran can cut off the Strait Hormuz. If Iran does that, it will bring about the financial collapse of the West,” Jones said on Monday.

The analyst also said that the United States and Britain are no longer capable of imposing an economic blockade on Russia or any other powerful country.

Jones, a writer, former professor, media commentator and the current editor of the Culture Wars magazine, made remarks in an interview with Press TV while commenting on a statement of a senior US official who said on Friday that the United States could impose a naval blockade on Russia if necessary to limit its role in controlling global energy supplies.

"The United States has that ability, with our Navy, to make sure the sea lanes are open, and, if necessary, to blockade... to make sure that their energy does not go to market," Secretary of the Interior Ryan Zinke said at an industry event hosted by the Consumer Energy Alliance.

Jones said that “this has been the strategy of the Anglo-American empire ever since the beginning of the twentieth century when Halford Mackinder wrote in his book, ‘The Geographical Pivot of History: ‘The key to controlling the world is controlling the Eurasian landmass.’”

“That’s been the policy. The British navy is leviathan, the sea monster. It can attack you in any place of the world because it controls the world’s sea lanes. The problem here is that those days are over. What the Trump administration has done is basically unite the Eurasian landmass at the very time when there’s now going to be a rail link between Shanghai and Rotterdam.  They are no longer capable of cutting off the world’s energy supplies,” the analyst said.

“So the people who are talking this about the naval blockade are no longer in contact with the real world, and the fact that the history has moved on and it’s no longer the past,” he concluded.

Tags: West Iran
Short Link rasanews.ir/201qft
Share
0
Please type in your comments in English.
The comments that contain insults or libel to individuals, ethnicities, or contradictions with the laws of the country and religious teachings will not be disclosed