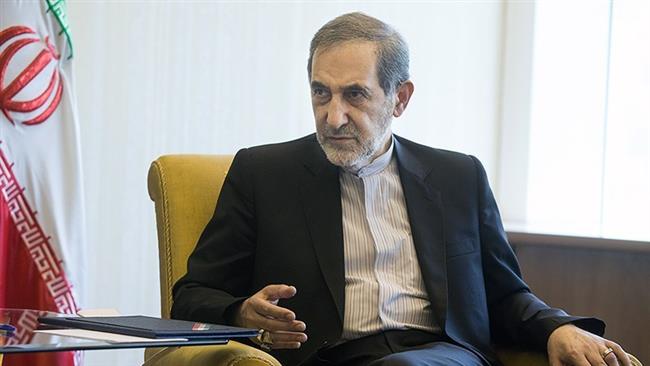 RNA - "The resistance front will not allow seperation of even an inch of the Syrian soil. This has made the Americans angry and therefore, they always say that Iran should leave the region," Velayati said in a meeting with a Syrian academic delegation in Tehran on Monday.

"The Islamic Republic of Iran will remain in Syria as long as the country's government supports Iran's presence to fully guarantee Syria's independence," he added.

Velayati expressed confidence that US President Donald Trump will end his tenure but Syria, Iraq, Lebanon and other Islamic states will remain intact.

Iran has played a military advisory role in Syria and Iraq to help them fight against the terrorist groups.

"Maintenance of Syria's territorial integrity and respect for Syria's national sovereignty will strengthen regional security because security of the regional states is interwoven," General Hatami said in a meeting with his Syrian counterpart Ali Abdullah Ayyoub in Damascus.

He also emphasized his country's continued support for the Syrian army's efforts to fully purge the terrorists from Syria.

General Hatami also warned that the trans-regional states were after sowing discord among the regional countries and creating rift in Syria.

"The Islamic Republic of Iran has opposed any idea and plan to disintegrate Syria since the very first day," he underlined.

General Ayyoub, for his part, said that the Iranian and Syrian military commanders were in continued contacts with each other, noting, "We do not allow any third party to interfere in the two countries' relations."

Tags: Iran Syria Velayati
Short Link rasanews.ir/201qfb
Share
0
Please type in your comments in English.
The comments that contain insults or libel to individuals, ethnicities, or contradictions with the laws of the country and religious teachings will not be disclosed