Rasa - Human rights activists say Bahraini regime forces have stormed dozens of houses and arrested tens of activists across the tiny Persian Gulf kingdom as the ruling Al Khalifah dynasty does not shy away from its heavy-handed clampdown on political dissidents and pro-democracy campaigners. 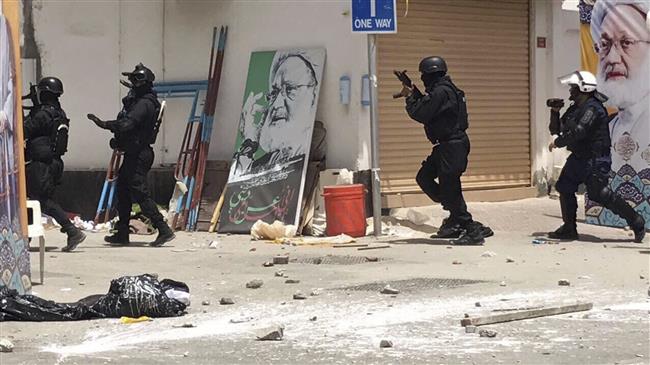 RNA - The activists, requesting not to be named, said the raids were carried out in the villages of al-Musalla, al-Sahla and Karzakan in addition to Jidhafs city and Juffair suburban neighborhood of the capital Manama, Arabic-language and independent Manama Post online newspaper reported.

Some of the detainees were later identified as Abdullah al-Sharaqi, Ali al-Awani, Musa Jaafar al-Madani and Ali al-Qamish.

Meanwhile, the opposition al-Wafa Islamic Movement condemned the new wave of arrests in Bahrain, describing it as in line with the Manama regime’s repressive measures against Shia Muslims during the mourning month of Muharram.

Tags: Manama bahrain
Short Link rasanews.ir/201qfa
Share
0
Please type in your comments in English.
The comments that contain insults or libel to individuals, ethnicities, or contradictions with the laws of the country and religious teachings will not be disclosed