Rasa - The Israeli military says Tel Aviv is ready to reopen its side of the crossing point with Syria following the return of the UN peacekeepers to the Golan Heights after four years. 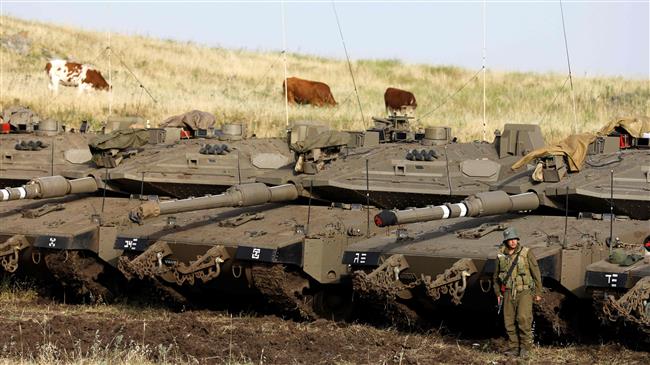 RNA - Israeli minister for military affairs Avigdor Lieberman" authorized the reopening of the Alpha gate of the Quneitra Crossing between Israel and Syria, allowing the UN to resume activity via the crossing pending Syria's reopening their side," the military said on Saturday.

In August, the United Nations Disengagement Observer Force (UNDOF) returned to the border between Syria and the occupied territories and carried out a first patrol in the area, four years after it was shuttered due to militant attacks.

The UN force returned to the area after Syrian government forces, backed by Russia, succeeded in recapturing territory near the Golan Heights and driving out militant groups from a "de-escalation zone."

According to Press TV, in a surprising change of tone, Israel on Thursday expressed its readiness to reopen the Quneitra border crossing with Syria in the Golan Heights, now that the Arab country’s armed forces have purged militant groups from there.

“We are ready to open the crossing as it was before, and now the ball is in the Syrian court,” Lieberman told reporters as he toured the border area.

The Golan Heights is a Syrian territory, which Tel Aviv has been occupying since the Six-Day War of 1967 and claims as its own territory despite international criticism.

In an email on Friday, a spokesman for UN Peacekeeping in New York, Nick Birnback, said Quneitra crossing is "an operational crossing for UNDOF in the implementation of its mandate."

According to the UN spokesperson, UNDOF is working to "complete the rehabilitation of the Quneitra crossing" due to be reopened soon.

Syria, which has been gripped by foreign-backed militancy since March 2011, has time and again said that the Israeli regime and its Western and regional allies have been aiding Takfiri terrorist groups.

The Daesh Takfiri terrorist group, which once held large swathes of land in Syria, is no longer in control of any urban center. Following its crushing defeat against Syrian government forces late last year, Daesh is only active through its remnants, sparsely based in some rural areas. Other Takfiri outfits are either significantly weakened or increasingly losing ground to the advancing government troops.

In 1974, a United Nations-brokered ceasefire came into force, according to which the Israeli regime and the Syrian government agreed to separate their troops, creating a buffer zone patrolled by the UNDOF.

Tags: Israel Lebanon
Short Link rasanews.ir/201qfP
Share
0
Please type in your comments in English.
The comments that contain insults or libel to individuals, ethnicities, or contradictions with the laws of the country and religious teachings will not be disclosed