Rasa - India's Supreme Court has delayed a ruling on Kashmir's autonomous rights until at least January. 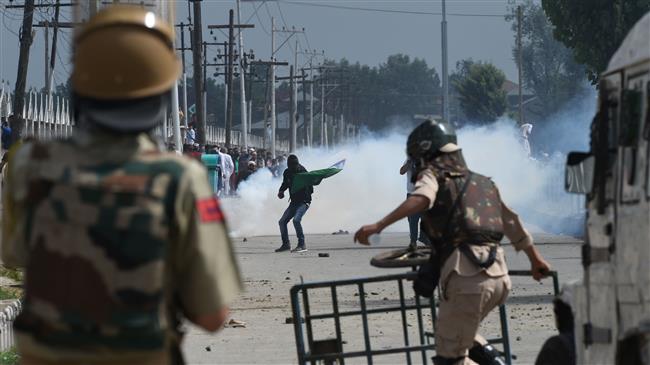 RNA - On Friday, the Supreme Court was supposed to hold a hearing on the possible removal of an article in the constitution which bans Indians from outside Kashmir from buying land in the territory.

The tribunal delayed the ruling after attorneys for the Indian government and Kashmir urged a postponement until after local elections set to be held in October and November.

The postponement also coincides with a time of tensions in the Himalayan region.

Local residents went on general strike called by independence leaders for a second day on Friday to show anger at the attempt to annul the 1954 constitutional provision. The general strike and partial curfew which was imposed in the main city of Srinagar brought the region to a standstill.

According to Press TV, Syed Ali Geelani, a top pro-independence leader, said the legal challenge against the special privileges was a bid by India's Hindu nationalist government to alter Kashmir's religious make-up.

Reports said pro-independence fighters had kidnapped 11 relatives of police in the restive region.

Police said the 11 family members were kidnapped from villages across southern Kashmir late Thursday in an apparent retaliatory attack.

Tensions are high in Indian-controlled Kashmir, where the Muslim-majority population stages regular protests against the Indian rule, demanding autonomy from New Delhi or a merger with Pakistan.

Armed battles between Indian forces and militants over the years have killed nearly 70,000 people, mostly civilians.

Kashmir has been divided between India and Pakistan but claimed in full by both since the two partitioned and gained independence from Britain in 1947. The two countries have fought three wars over the disputed territory. Despite a ceasefire agreement that was reached in November 2003, sporadic skirmishes continue in Kashmir.

Tags: Kashmir India
Short Link rasanews.ir/201qHx
Share
0
Please type in your comments in English.
The comments that contain insults or libel to individuals, ethnicities, or contradictions with the laws of the country and religious teachings will not be disclosed