Rasa - A Democratic congressional candidate has drawn an analogy between US President Donald Trump and former al-Qaeda chief Osama bin Laden, saying the two have "a tremendous amount in common." 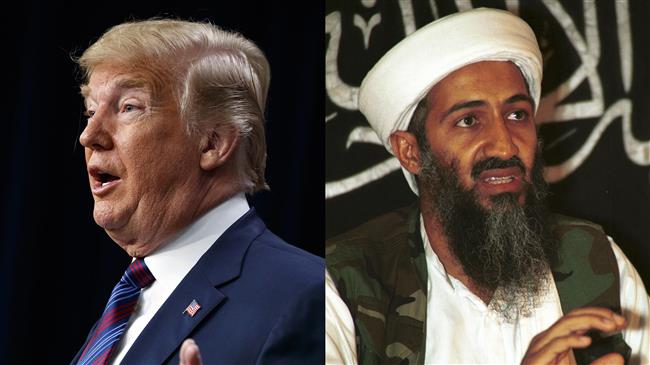 RNA - Sean Casten, who is running for Illinois’ 6th Congressional District, made the comparison during the primary in February but the audio was published on the Washington Free Beacon’s website on Thursday.

Casten is said to have drawn the analogy when he was asked to address the gun violence epidemic in the country and discuss the measures he would take to fight it if he were elected.

“I don’t mean to sound overly hyperbolic in this. Trump and Osama bin Laden have a tremendous amount in common,” Casten can be heard saying in the audio clip.

The Democratic congressional hopeful then goes on to elaborate on what exactly he believed those similarities to be between Trump and Bin Laden, who was the al-Qaeda founder and the man allegedly responsible for the terrorist attacks that claimed thousands of lives in the US on September 11, 2001.

"Because they have both figured out how to use the bully pulpit to activate marginalized young men. It's the same pool. Every demagogue has done this — find a group of angry people and give them something to be angry at," the politician added.

Casten has not come out with a comment on the leaked audio so far but his analogy has faced criticism on behalf of Republican Party members in the state of Illinois.

The September 11 attacks, also known as the 9/11 attacks, were a series of strikes in the US which killed nearly 3,000 people and caused about $10 billion in property and infrastructure damage.

US officials assert that the attacks were carried out by al-Qaeda terrorists but many experts have raised questions about the official account, saying it was a false-flag operation and that Bin Laden was just a bogeyman for the US military-industrial complex.

They believe that rogue elements within the US government orchestrated or at least encouraged the 9/11 attacks in order to accelerate the US war machine and advance the Zionist agenda.

Casten's comments come as Trump has already been compared with terrorist groups since taking office at the White House.

Last February, American actress Whoopi Goldberg compared the Trump administration's values to those of the Taliban, when criticizing the US president's questionable record on his mistreatment of women.

Back in January, London Mayor Sadiq Khan, who is an outspoken critic of Trump, said the US president’s language about Muslims was "very similar to the rhetoric used by the so-called ISIS/Daesh."

Tags: Democrat US Trump Bin Laden
Short Link rasanews.ir/201qHv
Share
0
Please type in your comments in English.
The comments that contain insults or libel to individuals, ethnicities, or contradictions with the laws of the country and religious teachings will not be disclosed