Iran will remain powerful regional actor despite US demonization

Rasa - Iranian Foreign Minister Mohammad Javad Zarif says the Islamic Republic will continue to play a "stable and powerful" act in the region despite US demonization of Iran. 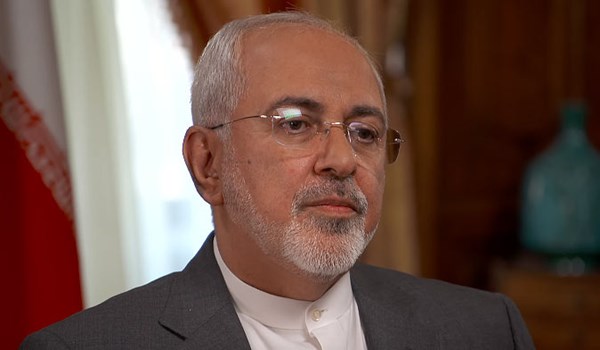 RNA - The Iranian foreign minister on Friday took to his official Twitter account to respond to earlier remarks by President of the United States Donald Trump who claimed that the government in Iran may collapse because of his administration’s policies.

"Bipolar demonization of Iran as either 'taking over MidEast' or 'fighting for survival' indicates US cognitive disorder & demagoguery unleashed by collapse of America's moral compass," Zarif said.

Bipolar demonization of Iran as either "taking over MidEast" or "fighting for survival" indicates US cognitive disorder & demagoguery unleashed by collapse of America's moral compass. Iran has been and always will be a stable, powerful & responsible regional actor.
— Javad Zarif (@JZarif) August 31, 2018

He added, "Iran has been and always will be a stable, powerful & responsible regional actor."

In an Oval Office interview with Bloomberg News on Thursday, Trump claimed that his administration’s policies, including leaving the international nuclear agreement with Tehran, officially known as the Joint Comprehensive Plan of Action (JCPOA) negotiated by his predecessor, may lead to the collapse of the Iranian government.

“When I came into here, it was a question of when would they take over the Middle East,” Trump said and added, "Now it’s a question of will they survive. It’s a big difference in one and a half years.”

Trump withdrew Washington in May from the landmark Iran nuclear agreement, reached between Iran and the P5+1 group of countries in 2015, and decided to re-impose unilateral sanctions against Tehran.

The sanctions cover Iran’s purchases of the dollar, its trade in gold and precious metals, and its automotive sector. A second batch of bans will be re-imposed in November with the aim of curtailing Iran’s oil exports and shipping sectors.

In a meeting with Iranian President Hassan Rouhani and members of his cabinet in Tehran on Wednesday, Leader of the Islamic Revolution Ayatollah Seyyed Ali Khamenei warned that Iran will leave the Iran nuclear deal if it fails to serve its interests.

"The JCPOA is a means, not the goal, and if we come to this conclusion that it cannot serve [our] national interests, we will leave it," the Leader said.

Also on Wednesday, the Iranian foreign minister said Washington's actions will eventually serve to bolster ties among nations, adding, "Our friends in Turkey along with many of Washington's allies in Europe have reached the conclusion that the US can no longer be depended on as partner."

Zarif made the remarks following a surprise visit to Turkey where he met with his counterpart Mevlut Cavusoglu and Turkish President Recep Tayyip Erdogan.

Tags: US Iran Zarif
Short Link rasanews.ir/201qHs
Share
0
Please type in your comments in English.
The comments that contain insults or libel to individuals, ethnicities, or contradictions with the laws of the country and religious teachings will not be disclosed