Rasa - The administration of US President Donald Trump has decided to cancel all US funding to the United Nations aid program for Palestinian refugees, part of a policy to impose maximum pressure on the Palestinians to satisfy Israeli interests and Zonist constituencies in the US. 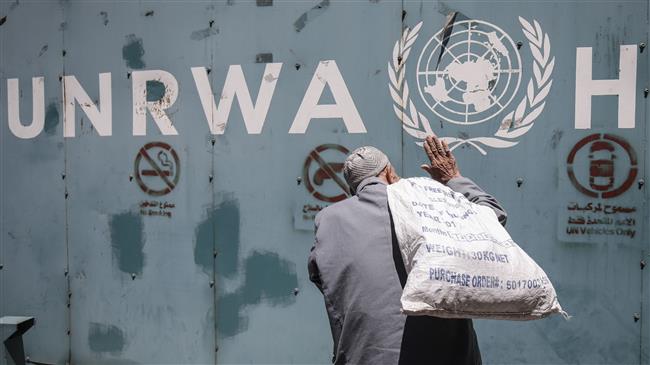 RNA - In an announcement to be made within the next several weeks, the Trump administration plans to express its disapproval of the way the UN Relief and Works Agency (UNRWA) spends the funds on Palestinian refugees, The Washington Post reported Thursday, citing officials familiar with the decision.

The administration also plans to call for a sharp reduction in the number of Palestinians recognized as refugees, dropping it from about 5 million, including descendants, to fewer than a tenth of that number, or those still alive from when the agency was created seven decades ago, the newspaper reported.

Many foreign policy and security experts, including in Israel, say that slashing UNRWA’s budget, amid a call to “de-register” refu­gees, would worsen an already disastrous humanitarian situation, especially in Gaza.

According to Press TV, the Trump administration has already announced a steady stream of cuts in aid for Palestinians. The US State Department announced in January that would withhold $65 million of a $125 million aid installment to UNRWA.

The State Department also announced last week that Washington has canceled over $200 million in funds for the Palestinian Authority, leading Palestinian officials to denounce the move as “blackmail.”

Earlier this month, the American magazine Foreign Policy obtained emails written by Jared Kushner, Trump’s senior adviser and son-in-law, to senior US officials in which he pressured Jordan to remove the refugee status of millions of Palestinians in a bid to disrupt UNRWA's work.

The US-Palestine ties deteriorated last December, when Trump declared Jerusalem al-Quds as the “capital” of Israel and announced plans to transfer the embassy from Tel Aviv to the occupied city.

The contentious move led Palestinian president Mahmoud Abbas to formally declare that the Palestinians would no longer accept the US as a mediator to resolve the conflict because Washington was “completely biased” towards Tel Aviv.

Experts in the US have warned over the Trump administration’s single-minded focus on satisfying the short-term goals of Israel and its supporters in the US, even at the cost of American interests.

“Past US administrations were also slanted toward the Israelis, but what’s different today is that the usual mitigating factors in decision-making, such as American national security interests and the desire to at least appear even-handed, no longer seem to be present,” said Khaled Elgindy, a fellow in the Center for Middle East Policy at the Brookings Institute n Washington.

Tags: UNRWA US UN Palestinian
Short Link rasanews.ir/201qHp
Share
0
Please type in your comments in English.
The comments that contain insults or libel to individuals, ethnicities, or contradictions with the laws of the country and religious teachings will not be disclosed