Amnesty calls on Nigeria to account for missing Shias

Rasa - Amnesty International has accused Nigeria’s government of carrying out unlawful arrests and practicing “enforced disappearance,” calling on Abuja to clarify the fate of hundreds of Shia activists taken into custody. 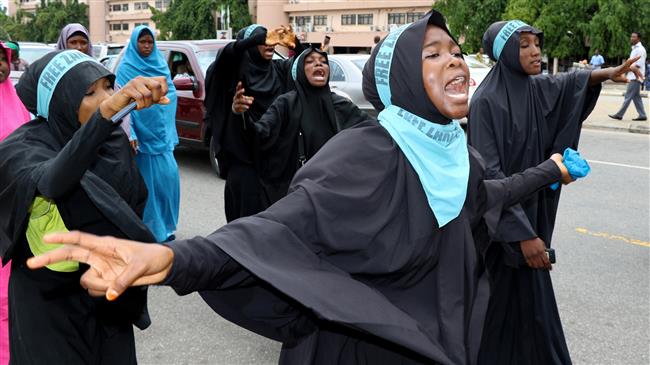 RNA - In a statement on Thursday, the international rights organization said the fate of at least 600 members of the Islamic Movement in Nigeria (IMN) has been unknown since their arrest in 2015.

“The Nigerian government has used enforced disappearance as a longstanding tactic to silence critics and instill fear in civilian populations,” Amnesty International Nigeria Director Osai Ojigho said. “Enforced disappearance is an instrument of intimidation that grossly violates human rights. It is unacceptable and must stop.”

“In some cases, families live with the pain of not knowing whether their loved ones are alive or dead,” he added.

The statement said the government had kept some detainees incommunicado for nine years or more, without giving them access to their families or lawyers, and others have continued to languish in prisons despite court orders for their release.

According to Press TV, Ojigho called on the government of President Muhammadu Buhari to "do the right thing" and either release the prisoners or charge them with a crime.

She also blasted the government for using enforced disappearance against people who were already faced with the threat of military operations and armed terror groups such as Boko Haram.

Among the detainees, there is IMN leader Sheikh Ibrahim Zakzaky, who was illegally detained by government forces in a raid by the Nigerian army on his residence in the northern town of Zaria in December 2015.

Since 2009, Boko Haram militancy has left at least 20,000 dead and made over 2.6 million others homeless. The terrorists pledged allegiance to the Takfiri Daesh group in 2015.

Boko Haram, whose name roughly translates as “Western education is forbidden,” has used kidnapping as a weapon of war, seizing thousands of women and young girls as well as men and young boys.

Tags: Shia Nigeria
Short Link rasanews.ir/201qHi
Share
0
Please type in your comments in English.
The comments that contain insults or libel to individuals, ethnicities, or contradictions with the laws of the country and religious teachings will not be disclosed