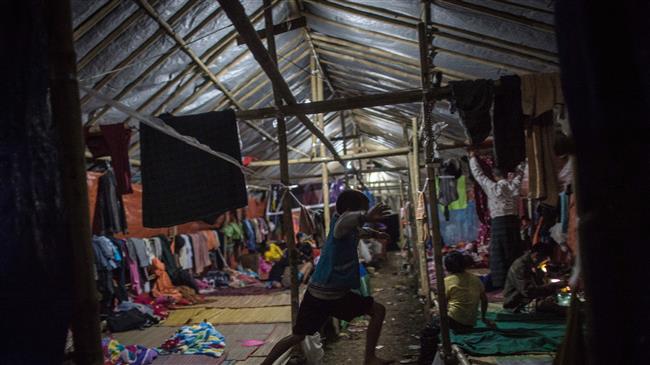 RNA - Advocacy group Fortify Rights, which closely monitors human rights in Myanmar, said in a detailed report on Thursday that the government has deliberately obstructed aid deliveries to civilians in war-torn Kachin and northern Shan states.

The rights body said it had conducted nearly 200 interviews, mostly in Kachin state, over a five-year period to reach its conclusions.

According to the group, civilians displaced by the Kachin violence have suffered "increased food insecurity, avoidable health-related deaths, poor living conditions, and protection concerns" due to the lack of essential aid.

Fortify Rights chief executive Matthew Smith said in a statement accompanying the group's report that the UN Security Council should refer Myanmar to the International Criminal Court (ICC) for investigation.

"Consecutive governments and the military have willfully obstructed local and international aid groups, denying Kachin civilians access to aid," Smith said. "This may amount to a war crime, giving even more reason for the UN Security Council to refer Myanmar to the International Criminal Court."

Reignited fighting between Myanmar's military and an armed Kachin rebel group has killed thousands of civilians and displaced over 100,000 since 2011. Over 100,000 people have been displaced in the mountainous region bordering China and India over the past years.

According to Press TV, Myanmar's government has faced accusations of cutting off thousands of people displaced by fighting between government forces and ethnic minority fighters across the troubled region.

The developments have renewed concerns that Myanmar's army is creating a humanitarian crisis in Kachin similar to the one caused by its violence against Rohingya Muslims in the western state of Rakhine.

The UN investigation team reported earlier this week that Myanmar's top generals should face prosecution for crimes against humanity and war crimes in Kachin, Rakhine, and Shan states.

Tags: War Crime Myanmar
Short Link rasanews.ir/201qHg
Share
0
Please type in your comments in English.
The comments that contain insults or libel to individuals, ethnicities, or contradictions with the laws of the country and religious teachings will not be disclosed