Rasa - A curfew and general strike have brought Indian-controlled Kashmir to a standstill ahead of a court hearing affecting the Himalayan region's autonomy. 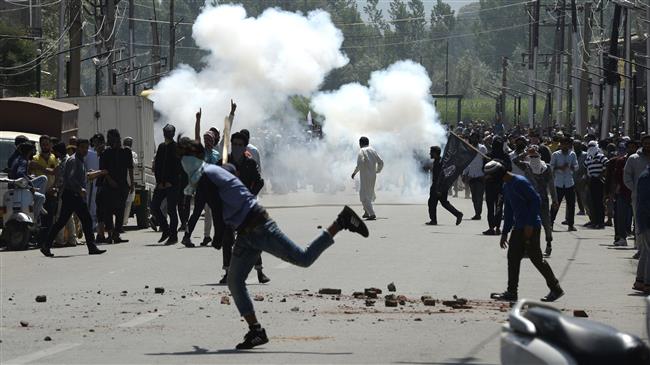 RNA - Almost all businesses and institutions, including government offices and schools, remained closed on Thursday, and traffic stayed off the streets across the main city of Srinagar.

The shutdown, called by separatist and independence leaders, was observed in all major towns and villages of the disputed valley.

A large number of police and paramilitary soldiers in riot gear patrolled the streets and rolled out razor wire and spiked steel barriers across deserted roads in Srinagar to block demonstrations.

Local residents said they were prevented from going out on the streets by major deployments of paramilitary troops. "It is a curfew. No one can go out," one school teacher in the city said.

Pro-independence leaders have threatened major protests if the Supreme Court annuls a constitutional provision that bars Indians from outside Kashmir from buying land in the territory.

The court will hold a hearing on Friday on the possible removal of an article in the constitution which provides special rights to the “permanent residents” of the state.

"I caution the freedom loving people of the state to remain vigilant against these ploys to change the Muslim-majority character of the state," Geelani said in a statement released late Wednesday.

Prime Minister Narendra Modi's ruling Bharatiya Janata Party (BJP) wants to end Jammu and Kashmir's special status, arguing that it is an obstacle to outside investment.

Separatists have warned of "mass agitation" if changes are made to the status quo.

On Thursday, New Delhi forces killed two suspected Kashmiri fighters in a gun battle in the northern district of Hajin during search operations, a day after at least four police officers and two rebels were killed in clashes.

New Delhi has deployed some 500,000 soldiers to the disputed region to further boost security of the borderline and enforce a crackdown on pro-independence demonstrations in its share of Kashmir, where anti-India sentiments run deep.

According to Press TV, Kashmir has been divided between India and Pakistan since the end of the British colonial rule in 1947. Both sides claim the Himalayan region in full. However, many people in New Delhi-controlled Kashmir, who are mainly Muslims, are opposed to Indian control and seek either autonomy or a merger with Pakistan.

New Delhi accuses Islamabad of supporting pro-independence fighters, an allegation rejected by the Pakistani government, which in turn is critical of India's heavy military deployment to Kashmir.

In June, the United Nations issued a report, calling for an investigation into purported abuses by Indian security forces in Kashmir. New Delhi rejected the report, lambasting it as "fallacious" and "tendentious.”

Tags: Kashmir India
Short Link rasanews.ir/201qHd
Share
0
Please type in your comments in English.
The comments that contain insults or libel to individuals, ethnicities, or contradictions with the laws of the country and religious teachings will not be disclosed