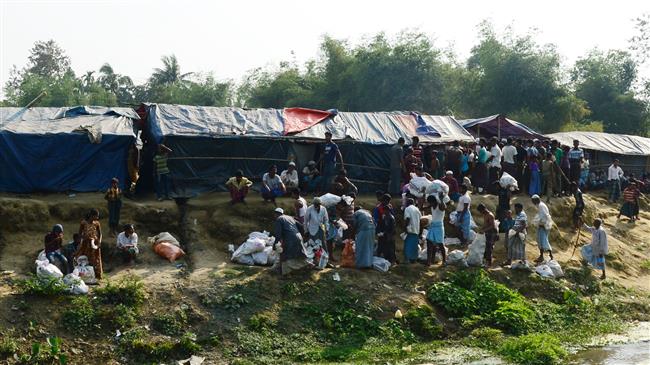 RNA - “She was in a position to do something,” UN High Commissioner for Human Rights Zeid Ra’ad al-Hussein said in an interview with BBC on Wednesday, referring to Suu Kyi. “She could have stayed quiet — or even better, she could have resigned.”

Suu Kyi, however, defended the country’s military on a number of occasions. The UN has concluded that the military campaign against the Rohingya was “genocidal,” and has said Myanmarese military leaders should be punished under international law.

The UN human rights chief said Suu Kyi’s attempts to justify the crackdown on the persecuted ethnic minority were “deeply regrettable,” adding that, “There was no need for her to be the spokesperson of the Burmese military. She didn’t have to say, ‘This was an iceberg of misinformation, these were fabrications.’”

Suu Kyi flatly dismissed widespread accounts of the violence as fake news at the time.

“She could have said, ‘Look, you know, I am prepared to be the nominal leader of the country but not under these conditions,’” Zeid said.

Thousands of Rohingya Muslims were killed, injured, arbitrarily arrested, or raped by Myanmarese soldiers and Buddhist mobs mainly between November 2016 and August 2017, when many of the surviving members of the community started fleeing to Bangladesh en masse.

Zeid’s comments came a day after the release of a UN investigation into those acts of violence.

The report concluded that the military carried out mass killings and gang rapes of Rohingya Muslims with “genocidal intent” and called for the prosecution of the commander-in-chief and five generals of Myanmar’s army.

The UN report blamed Suu Kyi for failing to prevent the violence and said the military had planned the genocide long before accusing a group in Rakhine of attacking the country’s security personnel, an excuse made by Myanmar for the violent crackdown on the Muslim community.

According to Press TV, Myanmar has rejected the UN report, despite massive evidence that began to emerge even long before that report.

When the Rohingya left their villages in Myanmar for relative safety in Bangladesh, the government began bulldozing their villages. It built new housing structures, and shuttled Buddhist citizens from elsewhere in the country to populate the area.

The Rohingya — who have lived in Myanmar for generations — are denied citizenship and are branded illegal immigrants from Bangladesh, which likewise denies them citizenship.

Tags: UN Myanmar
Short Link rasanews.ir/201qHW
Share
0
Please type in your comments in English.
The comments that contain insults or libel to individuals, ethnicities, or contradictions with the laws of the country and religious teachings will not be disclosed