Rasa - The authors of a new explosive book on 9/11 have revealed a US government-wide cover-up of Saudi complicity in the September 11, 2001 terrorist attacks, claiming that the CIA and Saudi Arabia conspired to keep 9/11 details secret. 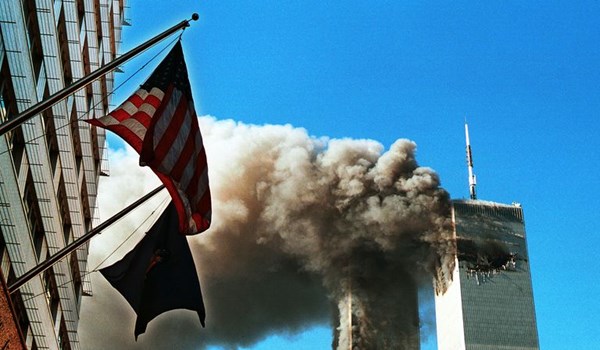 RNA - In The Watchdogs Didn’t Bark: The CIA, NSA, and the Crimes of the War on Terror, John Duffy and Ray Nowosielski dismissed the official story that 9/11 was merely “a failure to connect the dots.” They wrote several accounts from former US intelligence officials who revealed how American agencies ignored intelligence on Saudis.

“It’s horrible. We still don’t know what happened,” said Ali Soufan, one of the lead FBI counterterrorism agents whom the CIA kept in the dark about the movements of the future al-Qaeda hijackers.

Soufan and many other former national security officials have said that 9/11 was a bigger event than the assassination of John F. Kennedy, because “9/11 changed the whole world.”

The September 11 terrorist attacks led to the wars on Afghanistan and Iraq, and also allowed some people in Washington, DC to push the US closer to being a virtual homeland-security police state.

“I am sad and depressed about it,” said Mark Rossini, one of two FBI agents assigned to the CIA’s Osama bin Laden unit.

He said CIA officials inexplicably blocked them from informing their headquarters about future al-Qaeda plotters present in the United States in 2000 and again in the summer of 2001. “It is patently evident the attacks did not need to happen and there has been no justice,” he said.

In 2004, the National Commission on Terrorist Attacks Upon the United States said it found no evidence that the “Saudi government as an institution, or senior Saudi officials individually funded” al-Qaeda.

Steven Moore, the FBI agent who led the bureau’s investigation into the hijacking of the plane that hit the Pentagon, has accused the official 9/11 Commission of misleading the public when it said it “had not found evidence” of Saudi assistance to future hijackers Khalid al-Mihdhar and Nawaf al-Hazmi.

“There was clearly evidence that Thumairy provided assistance to Hazmi and Mihdhar,” Moore wrote. And “based on the proof in our investigation,” he added, “Bayoumi himself was a clandestine agent and associated with radical extremists, including Thumairy.”

In their book, Duffy and Nowosielski have presented an update on what’s been learned about Saudi support for Al-Qaeda in recent years.

US investigations have revealed that officials from the Saudi Kingdom’s Islamic affairs ministry helped the hijackers get settled in California.

“Saudi intelligence has admitted that they knew who these two guys were,” said Andrew Maloney, an attorney for families of the 9/11 attack victims who filed suit against the Saudi government in federal court in New York last year.

How about it @potus, @VP & @pompeo. Do YOU stand WITH 9/11 families as we approach another horrible anniversary? Please save the speeches & take action...#FreeTheTruth https://t.co/dniBXNIkdm
— justterry (@TerrySStrada) August 28, 2018

“They knew they were Al-Qaeda the day they arrived in Los Angeles. So any notion from the Saudi government saying, ‘Oh, we just help out all Saudis here’ is false. They knew. And the CIA knew.”

Saudi Arabia has handed over some 6,800 pages of documents, “mostly in Arabic,” to the US government. Maloney’s team is translating them. “There’s some interesting things in there,” he said, “and some clear gaps.”

Terry Strada, a leader of the group 9/11 Families & Survivors United for Justice Against Terrorism, is angry at the US government’s refusal to release all it knows about the run-up to the 9/11 attacks.

“It’s very sad that we’re still being kept in the dark about it. It’s frustrating. It angers me,” she told Newsweek. “It’s a slap in the face. They think they’re above the law and don’t have to respond to the families—and the world. It’s disgusting.”

Strada tweeted on August 20, “The Saudis promote & finance the most virulent hatred toward Americans than any other nation. Murdered 3,000 on Sept 11.” The “9/11 families,” she wrote, “will #NEVERFORGET. #FreeTheTruth”

The September, 11, 2001 attacks, also known as the 9/11 attacks, were a series of strikes in the US which killed nearly 3,000 people and caused about $10 billion worth of property and infrastructure damage.

According to Press TV, US officials assert that the attacks were carried out by 19 al-Qaeda terrorists but many experts have raised questions about the official account.

They believe that rogue elements within the US government, such as former Vice President Dick Cheney, orchestrated or at least encouraged the 9/11 attacks in order to accelerate the US war machine and advance the Zionist agenda.

Dr. Kevin Barrett, a founding member of the Scientific Panel for the Investigation of 9/11, has said that 15 of the 9/11 “hijackers” from Saudi Arabia were actually CIA agents working for the United States government.

Barrett, an American academic who has been studying the events of 9/11 since late 2003, has also said that the CIA is afraid of any serious investigation into the attacks because it would expose the role Israeli and American intelligence played in the 9/11 coup d’état.

Tags: 9/11 US Saudi
Short Link rasanews.ir/201qHR
Share
0
Please type in your comments in English.
The comments that contain insults or libel to individuals, ethnicities, or contradictions with the laws of the country and religious teachings will not be disclosed