Rasa - In yet another sign that diplomatic talks with Washington is an exercise in futility, Defense Secretary James Mattis said on Tuesday, August 28, that the United States may resume its military exercises with the Republic of Korea. 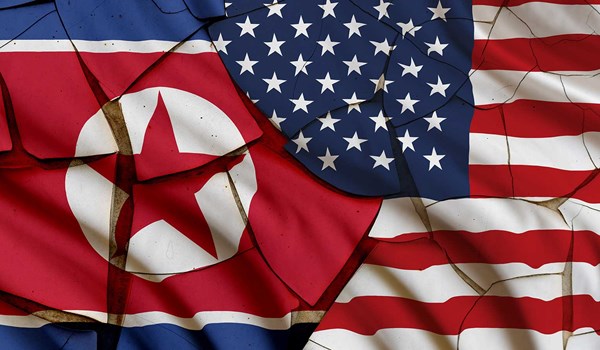 RNA - In a press briefing, Mattis said, "We took the step to suspend several of the largest exercises as a good-faith measure coming out of the Singapore summit. We have no plans at this time to suspend any more exercises."

The burgeoning development could be easily compounded by yet another example for US foreign policy disaster and “buyer’s remorse”: President Donald Trump’s exit from the 2015 Iran nuclear deal, which was signed by the five permanent members of the UN Security Council plus Germany and then ratified by the Security Council itself.

According to Fars News Agancy, so for good reasons Pyongyang believes that the resumption of select exercises, including FREEDOM GUARDIAN along with Korean Marine Exchange Program training exercises scheduled to occur in the next three months, is a rehearsal for Northward invasion and a violation of the spirit of the Singapore Summit agreement and the Panmunjom Declaration issued during the inter-Korean summit in late April. Pyongyang further says during a meeting between President Donald Trump and Kim Jong-un on June 12, Washington promised to build new bilateral relations and work toward a "complete denuclearization of the Korean Peninsula."

Apparently, that is no longer the case, and the reasons are plenty:

A- Last week, Secretary of State Mike Pompeo announced a visit to North Korea, and just a few hours later, President Trump cancelled it. This is having an impact on South Korea’s own plans for Inter-Korean relations, including a plan to open a Liaison Office in North Korea by the end of the month. Seoul says the previous plan was a “smooth series of schedules” starting with Pompeo’s visit, the office, and then another summit in Pyongyang. Pompeo’s abrupt cancellation forces them to reconsider the matter.

B- South Korea is increasingly unhappy with the way the Trump administration is handling North Korea, as President Moon Jae-in wants to forge his own path to peace with the North. South Korean officials have downplayed the Liaison Office’s significance, saying it is intended to facilitate South Korea’s industrial park within the North. The US is opposed to the office and the State Department has declared that the office might “violate” US sanctions. The “violation” centers on the fact that the office would have electricity and functioning heat!

C- The lack of progress is a major setback to US negotiating credibility. It also provides the opportunity for John Bolton and other warmongers to push Trump to back away from the talks in favor of a tougher stance. Bolton and Mattis are both pushing back against the possibility of making a peace deal with North Korea, and this will make them push all the harder. In other words, Trump is not committed to diplomacy, and he has no intention to keep the process going.

D- These stumbling blocks are a stark reminder across the world that deals with the United States, any deal at all, are reversible and can have expiration dates, while nuclear weapons can offer lifetime insurance for countries such as North Korea. After all, Pyongyang regularly cites the fates of Libyan leader Muammar Gaddafi and Saddam Hussein in Iraq - whose government was overthrown in a US-led invasion - as evidence of the need for nuclear arms.

Taken together, Pyongyang has every reason to be concerned about the sustainability of a denuke deal with Washington. It sees abrupt changes of decisions as a structural weakness that imperils agreements by Trump’s administration. The unilateral nature of Trump's move also worries officials in Seoul. Unlike Trump and his warmongering cronies, South Korean officials want peace with the North.

It’s all the more reason why the North and the South should cast aside the warmongering hordes in Washington, abolish their hostile policies, remove security threats like joint naval exercises with the US, forge their own path to peace, and enter a permanent deal that’s all their own. The scars of the Iran deal is a reminder that even with a global commitment to a deal with the US that has been ratified by the UN Security Council, the US will still unilaterally roll it back. Any doubters should ask Trump.

Tags: Korea US Trump
Short Link rasanews.ir/201qHP
Share
0
Please type in your comments in English.
The comments that contain insults or libel to individuals, ethnicities, or contradictions with the laws of the country and religious teachings will not be disclosed