Rasa - Myanmar's government rejected a United Nations' report on mass killings and gang rapes of Rohingya, which calls for Myanmar officials to face genocide charges over their campaign against the Muslim minority. 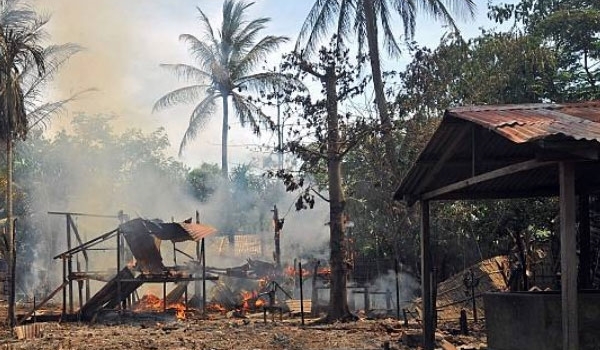 RNA - On Wednesday, a senior spokesperson for the government denied the UN's findings, calling the allegations false, the state-run Global New Light of Myanmar newspaper reported.

"We didn't allow the FFM (the UN Fact-Finding Mission) to enter into Myanmar, that's why we don't agree and accept any resolutions made by the Human Rights Council," Zaw Htay said in the newspaper.

Htay added that Myanmar has "zero tolerance for human rights violations", noting that his country has an "accountability and responsibility framework regarding human rights issues".

"We shall take any action against violation of human rights", Htay stressed.

He also stated that the country has set up its own Independent Commission of Enquiry in "response to the false allegations by the UN agencies and other international agencies".

On Monday, UN investigators reported that they had found Myanmar's armed forces had taken actions that "undoubtedly amount to the gravest crimes under international law", forcing more than 700,000 Rohingya to flee starting in late August 2017.

Speaking in Geneva on Monday, Marzuki Darusman, the mission's chairman, said his researchers amassed evidence based on 875 interviews with witnesses and victims, satellite imagery, and verified photos and videos.

Marzuki added that victim accounts were "amongst the most shocking human rights violations" he had come across and would "leave a mark on all of us for the rest of our lives".

Its assessment suggests crimes against the Rohingya could meet the strict legal definition used for genocide in places such as Bosnia, Rwanda and Sudan's Darfur region.

The team cited a "conservative" estimate from aid group Reporters Without Borders that some 10,000 people had been killed in the violence, but outside investigators have had no access to the affected regions, making a precise accounting elusive, if not impossible.

The UN report said military generals, including Commander-in-Chief Min Aung Hlaing, must face investigation and prosecution for "genocidal intent" in Myanmar's Northern Rakhine state, as well as crimes against humanity and other war crimes in the states of Kachin and Shan.

The report singled out Myanmar's military, known as the Tatmadaw, but added that other Myanmar security agencies were also involved in abuses.

Following the release of those findings, several countries in the UN Security Council - including the US, Britain, France and Sweden - called for Myanmar's military leaders to be held accountable.

Tags: Rohingya Myanmar
Short Link rasanews.ir/201qHJ
Share
0
Please type in your comments in English.
The comments that contain insults or libel to individuals, ethnicities, or contradictions with the laws of the country and religious teachings will not be disclosed