Rasa - The US ambassador to the United Nations has questioned the right of Palestinian refugees to return to their occupied homeland, a basic Palestinian demand for any future deal with the Israeli regime, claiming the world body’s count of those refugees is an exaggeration. 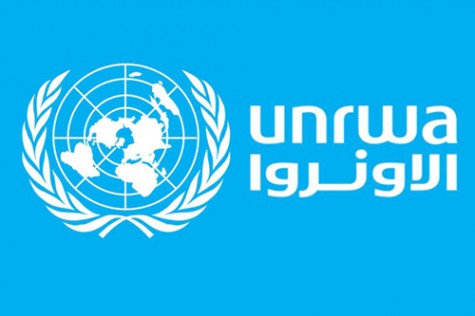 RNA - Speaking on Tuesday at the Foundation for the Defense of Democracies, a Washington-based pro-Israel think tank, Nikki Haley said that the Palestinians’ right of return should not be raised in any future Israeli-Palestinian talks.

Asked whether the issue should be “off the table,” Haley replied, “I do agree with that, and I think we have to look at this in terms of what’s happening (with refugees) in Syria, what’s happening in Venezuela.”

“So I absolutely think we have to look at the right of return,” she added.

The Palestinian right of return is a political position or principle based on which Palestinian refugees are entitled to go back to the territories now occupied by Israel. They also have the right to the property they left behind or were forced to abandon when they were expelled from their homeland in the aftermath of the 1948 Arab-Israeli war.

The Palestinians have for years insisted on their right to return as part of any solution to their decades-long conflict with the Israeli regime.

Haley was in fact suggesting that the highly pro-Israel administration of President Donald Trump would consider an official rejection of that Palestinian demand as it prepares to unveil its so-called “deal of the century” on the Israeli-Palestinian conflict.

The US envoy further questioned the UN’s count of Palestinian refugees, which stands at over five million according to the UN Relief and Works Agency for Palestine Refugees (UNRWA).

She stressed that the US funding for UNRWA would only continue if major reforms were implemented, saying “the Palestinians continue to bash America” and yet “they have their hand out wanting UNRWA money.”

“We will be a donor if it (UNRWA) reforms what it does ... if they actually change the number of refugees to an accurate account, we will look back at partnering them,” Haley said.

She further noted that the US cannot be faulted for slashing funding to UNRWA when countries like Saudi Arabia, the United Arab Emirates and Kuwait do not give more money to the agency.

Israeli media had reported recently that the Trump administration is set to announce that it will no longer recognize millions of Palestinian refugees’ right of return to their homeland.

Earlier this month, the American magazine Foreign Policyreported that Jared Kushner, Trump’s senior adviser and son-in-law, had been pushing to remove the refugee status of millions of Palestinians as part of an apparent effort to shutter UNRWA.

In January, the US government announced that it would withhold $65 million of a $125 million aid installment to UNRWA.

The Trump administration has stepped up its anti-Palestinian measures prior to the unveiling of “the deal of the century” – which Palestine has already rejected as the “slap of the century” amid reports that the US is seeking to impose the plan on Palestinians in collaboration behind the scenes with Saudi Arabia and Israel.

According to Press TV, the US-Palestine ties deteriorated last December, when Trump declared Jerusalem al-Quds as the “capital” of Israel and announced plans to transfer its embassy from Tel Aviv to the occupied city.

The contentious move led Palestinian president Mahmoud Abbas to formally declare that Palestinians would no longer accept the US as a mediator to resolve the conflict because Washington was “completely biased” towards Tel Aviv.

The US embassy relocation took place on May 14, the eve of the 70th anniversary of Nakba Day (the Day of Catastrophe). The move sparked angry protests by Palestinians and drew severe criticism from the international community.

He said the Palestinian refugees have the right under international law “to return and be treated as dignified individuals, but they are not.”

The US, he added, “pretends to be some sort of peace negotiator between the Israelis and the Palestinians whilst taking the side of the Israelis over international law, over the international consensus between countries around the world. It is ridiculous,” he added.

Tags: UNRWA US Palestinian Israel
Short Link rasanews.ir/201qHE
Share
0
Please type in your comments in English.
The comments that contain insults or libel to individuals, ethnicities, or contradictions with the laws of the country and religious teachings will not be disclosed